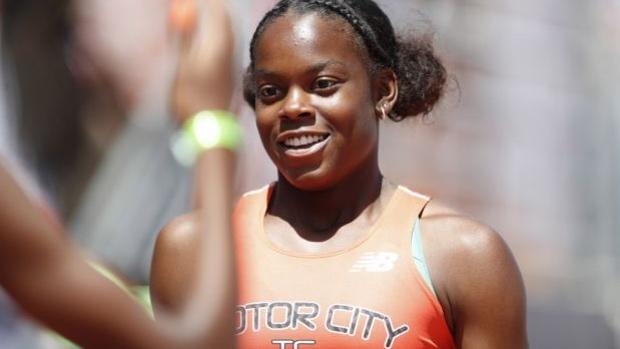 Mansfield Lake Ridge (TX) High junior Jasmine Moore opened her indoor campaign with two top five efforts nationally, going a US No. 2 mark of 41 feet, 8.75 inches in the triple jump and a US No. 5 effort of 19-4.25 in the long jump at the Arkansas High School Invitational in Fayetteville on Saturday.

The blue chip Texas recruit, currently a target of Texas Tech University, is coming off a bronze medal in the triple jump at the Pan American Junior Championships.

This may represent one of only a couple of indoor competitions for Moore, who hails from southwest Dallas and may concentrate much of her focus on a potentially long outdoor spring season that could include qualification to the IAAF U20 Championships in Finland.

But of the four indoor meets Moore competed in last year, Arkansas remained on the calendar and she opted to double in two events rather than one.