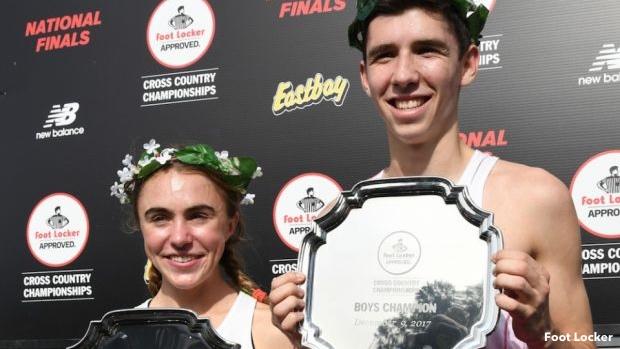 Some of the nation's best prep cross country runners aren't done with their seasons just yet.

And they'll get to represent Team USA in the process.

Nine high school athletes accepted an opportunity to compete at the Great Edinburgh XCountry Challenge in Scotland on Jan. 13, 2018, the USATF announced on Thursday, and will look to repeat Team USA's titles from 2017 in the 6K race at Holyrood Park.

Included at the Great Edinburgh Challenge is also an 8K senior men's race, which includes Garrett Heath and Leonard Korir, and a 6K senior women's race that will feature Molly Seidel and Desiree Linden, among others.

The six-man junior men's field includes a host of NXN and Foot Locker Nationals finishers, including Foot Locker Nationals winner Dylan Jacobs, plus All-Americans Drew Bosley, Dustin Horter, Danny Kilrea, Clayton Mendez and Graydon Morris. Five of the runners from the men's squad are from the Midwest, and only two -- Bosley and Morris -- are underclassmen.

The women's field includes two-time defending Foot Locker Nationals champion Claudia Lane, who months earlier had mentioned why she began her cross country season late -- for an opportunity to race late into the winter at an event such as the Great Edinburgh XCountry Challenge.