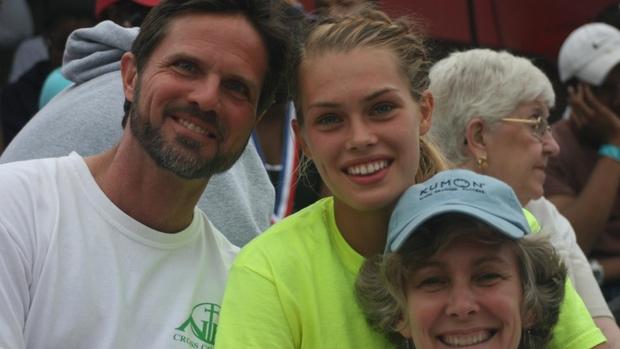 First, I'm proud to brag about our three children: Dan, Colleen, and Erin.

Our son Dan graduated from the University of Missouri as the school record holder in the 5K -- and he holds both the indoor and outdoor marks. After moving to Oregon to become a pro athlete, he broke four minutes in the mile and lowered his 5K PR to 13:39.

If not for two consecutive seasons with hamstring injuries, I know he would've run much faster and might've made the 2016 Olympic Trials for Team USA.

And you may know of our daughter Colleen's accomplishments, who made the USA national team for three consecutive years in the steeplechase. In 2016, she finished eighth at the Rio Olympics and this summer she ran a five-second PR in Berlin after an unfortunate DQ in the IAAF World Championships in London.

She also achieved personal bests in the 1500m and mile, finishing the season with 4:20.6 at the Fifth Avenue Mile in New York. We look forward to more as she continues to train and get stronger.

Our youngest daughter Erin is also quite the stellar athlete as a ballet major at Butler University in Indianapolis. She will graduate in the spring of 2018 with hopes of dancing in a professional company and then ultimately teaching ballet.

So What's The Secret Behind Our Success?

You may think that my spouse Ann and I have engineered our children to excel at athletics from birth, but I believe that being a great athlete is just a by-product of the way that we raised them as students. Ann home-schooled them until their high school years and did an excellent job of empowering them to explore the world and ask questions.

They learned how to delve deeply into topics that they chose. I taught them algebra in the evenings after my high school teaching job and they often had to read examples and work independently when I wasn't there. At all times, we challenged them to do their best work, even when they wanted to quit on their Kumon worksheets -- which were the drill and practice aspect of their early education (Kumon is an after-school independent math and reading program). 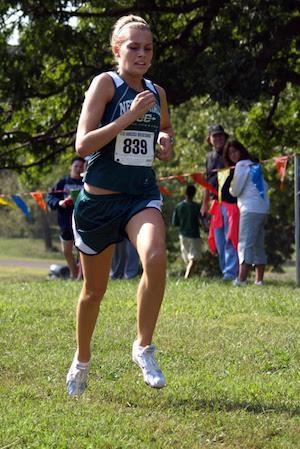 There were definitely some tough times, but learning is a process and it's not always easy! They learned to be disciplined and persistent in their studies, and I think it carried over into their lives athletically.

We certainly encouraged them to try lots of different sports growing up; we never insisted that they become runners. I've learned that too much of any sport for a youngster can cause burnout, and young kids cannot handle much mileage on their joints.

On Raising An Olympian

I'd like to say a bit more about Colleen and her success as an Olympic athlete.

I was fortunate to be her high school coach at Nerinx Hall in Missouri, and we had a lot of fun in those years together. Colleen watched her older brother succeed at the high school level growing up.

But at the time she was a soccer player and a dancer and told me, "Dad, I'm never going to be a runner, so don't even bother to try and get me to do that."

But then after her 8th grade year, she suddenly wanted to try running. Her school needed a distance track coach that spring, so I took the job after coaching nearly 25 years at Christian Brothers College High -- where I still teach today.

Colleen tells me often that one of the most valuable lessons she learned in high school was to never give up on a race, no matter how badly she felt, because she ultimately learned anything can happen at the end of a race. Sooner or later, you'll get your second wind if you just hang in there. She first learned that in her academics. But it turned out that that same persistence and grit was a major factor in her track experience as well!

One of my main philosophies as a coach is to never sacrifice future success for success now. I know many young high school girls that are in high-mileage programs that book success as a huge priority early, but when young women become collegiate athletes and they've gone through those situations, sometimes it can lead to stress fractures or even eating disorders.

Young athletes need rest and, in my experience, should rarely run more than once per day. Attempting to do more sometimes can be counterproductive. The stress of a day, with seven hours of class and practice after school, makes it very difficult to achieve balance in one's life. And balance is very important during the teen years.

I find it interesting that Colleen was 20th at the Foot Locker Finals her senior year, but by the end of college she had surpassed the other 19 kids who finished ahead of her previously.

Timing is everything when it comes to challenging an athlete with the appropriate mileage and workouts.

Thanks for reading and I welcome your input or questions back to me!