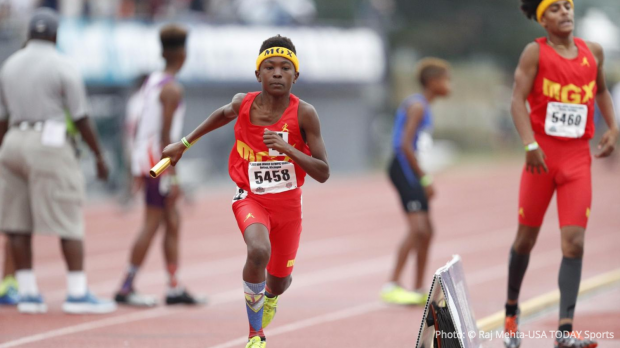 Day seven of the AAU Junior Olympic Games is officially in the books. Read on for highlights from the penultimate day of competition and make sure to check out this article to see all the AAU National Championship records broken this year. Here's a recap of the action from Ypsilanti, Michigan:

Race of the Day:

The Miami Gardens Xpress 12-year-old boys 4x800m relay won in 9:24.6, just five seconds outside of their own AAU National Championships record of 9:19.92, set one year ago. Check out the finish line shot in the tweet below and watch the full race video on FloTrack.

Interview of the Day:

The Track Minnesota Elite women's 17-18 4x800m relay overtook hometown favorites and early leaders Motor City TC on the third leg and held on for the win, 9:23.39 to 9:35.61, to defend their AAU national title in convincing fashion. Their coach couldn't contain his excitement and photo bombed their post-race interview!

Photo of the Day: 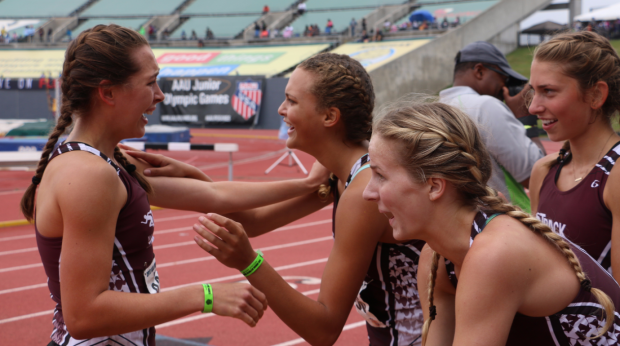 National record holder Tyrese Cooper is one of the most popular athletes at the AAU Junior Olympic Games and is asked to sign interviews after all of his races. I guess no one carries paper anymore...