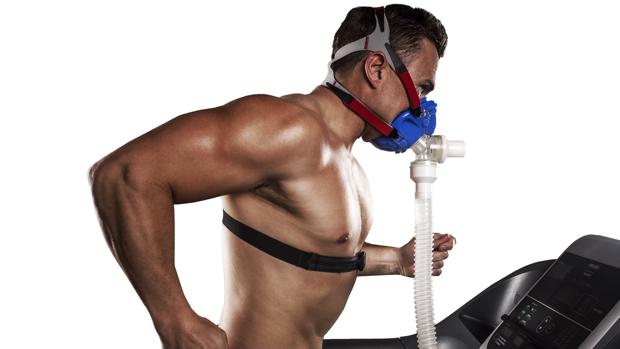 If you have spent enough time around the sport of distance running, you have probably heard the term "VO2 max". It refers to the maximum amount of oxygen that can be consumed and utilized while engaging in exercise. VO2 max can also be described as maximum aerobic capacity.

One of the world's most iconic running coaches, Jack Daniels, explains VO2 max in the following way, "The amount of oxygen someone consumes when performing a particular activity, such as running, depends directly on how much oxygen can be delivered to the muscles involved in the activity, how well the muscles process the delivered oxygen, and how easily the muscles can deal with the carbon dioxide and lactic acid production during exercise."

Understanding and developing your personal VO2 max is important for a number of reasons. First, knowing your maximum aerobic capacity can aid in creating an effective training schedule. Jack Daniels has created an entire plan based on each individual's VO2 max.

For an in depth look at this plan, I recommend purchasing his book, Daniels' Running Formula. Next, taking the time to run workouts with the specific goal of improving one's VO2 max is crucial to the success of middle- to long-distance runners. The better a runner is able to intake and process oxygen, the better he will be at running fast speeds for long periods of time.

The one mistake many runners make when studying their own VO2 max is that they use that statistic as a predictor of performance in a race. I cannot state this clearly enough: knowing one's VO2 max does not accurately forecast one's racing ability. There are many variables that go into racing successfully. Aerobic capacity is incredibly important, but having a strong and positive mental state, for example, is often just as important.

Now that we know that having a high VO2 max is necessary for distance runners, how does one go about developing their aerobic capacity? Daniels recommends interval training as the most effective method for optimizing VO2 max. "Interval training involves repeated runs of up to five minutes each, at about 3000- to 5000-meter race pace, with relatively brief recoveries between runs."

This type of training is incredibly challenging for most athletes because it works the aerobic system to the max, causing breathing to become incredibly labored. As your lungs burn and your muscles scream with pain, you teach your body to suffer for sustained periods of time before resting. During these intervals, your body learns how to more effectively utilize the oxygen it receives and, over time, allows your body to run more efficiently at a faster pace.

For those interested in learning their own VO2 max, there is really only one way to receive an accurate measurement: get your aerobic capacity tested in a lab. Some high-tech watches claim that they can measure your VO2 max level, but lab-testing is really the only way to get a true idea of your individual level. The good news is that most people do not need to know their exact VO2 max. For the most elite athletes, it can be advantageous when developing a training plan to know their maximum aerobic capacity.

But for the average runner looking to understand VO2 max, I recommend learning about the training methods that improve aerobic capacity, but not worrying so much about the specific number that defines your personal VO2 max.