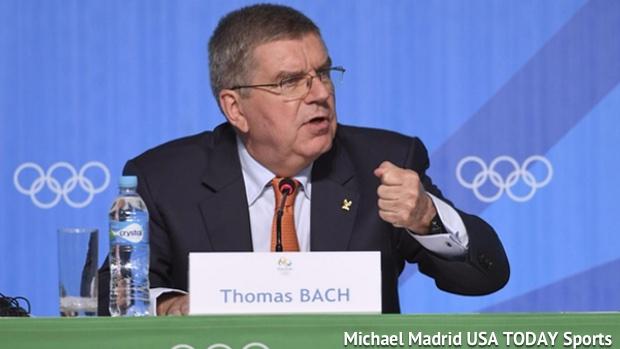 The International Olympic Committee voted today to give themselves the ability to award two Olympics simultaneously, meaning that the 2024 and 2028 Games will be in Paris and Los Angeles. In an unusual move, though, the IOC basically told the two cities to hash out between themselves who gets to go first. According to ESPN, if the two cities successfully make a deal, the IOC will ratify it in Peru in September; if they don't, the IOC will only award the 2024 Olympics then.

Paris bid organizers had claimed that the land and funding it would use in 2024 would not be available in 2028, and that aggressive negotiating appears to have worked. The  Wall Street Journal reported in May that the IOC was favoring Paris in 2024 and L.A. in 2028; the IOC may have offered Los Angeles organizers incentives to wait an additional four years, according to multiple reports.
Los Angeles last hosted in 1984, while the United States last hosted the Summer Games in 1996 in Atlanta. Paris last hosted in 1924, though the summer Games were in London just five years ago. The 2020 Olympics are in Tokyo.