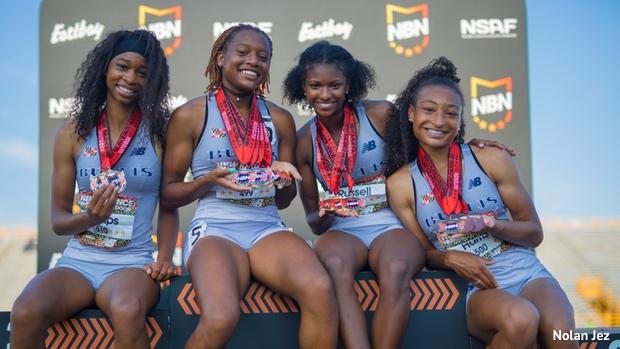 Shaniya Hall made quite the freshman debut for Bullis (Md.) School at New Balance Nationals Outdoor this weekend in Greensboro, North Carolina.

On Friday, the sprinter nabbed a freshman title in the 400m, going an impressive 54.33 seconds, which was the fourth best outing for a ninth-grader at the distance nationally in 2017.

And on Sunday, Hall made perhaps her most important impact, once again contributing to two more national titles in the 4x100 and 4x400. Bullis sported a US No. 3 time of 3:39.30 in the 4x400, where Hall anchored the last lap in 52 seconds.

Impressively, Bullis became just one of three teams nationally this year to go under 45 seconds in the 4x100, setting a new US No. 1 mark of 44.88 seconds, which was just shy of the national record of 44.50 that was set by Long Beach Poly in 2004.