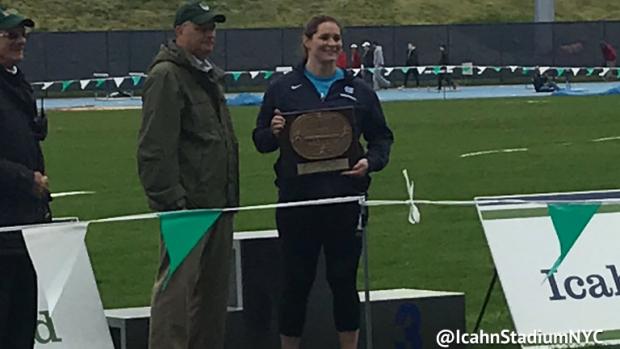 Clifton Park Shenendehowa (NY) High senior Jillian Shippee threw 196 feet, 2 inches for a US No. 6 all-time mark in the hammer throw Friday at the New York Relays. The mark was a new PR for Shippee by over 15 feet.
Her best throw previously was 181-2 from New Balance Nationals Outdoor in 2016. The new mark is also a new New York state record in the hammer throw.

Jill Shippee of Shenendehowa throws a NY state record of 196' 2" in the Hammer! @milesplit @nationalthrows @MileSplitNY

The look of a champion! 196'2" for a new NY State Record in the hammer throw! #NYRelays @randallsisland pic.twitter.com/iUB65zdKO8