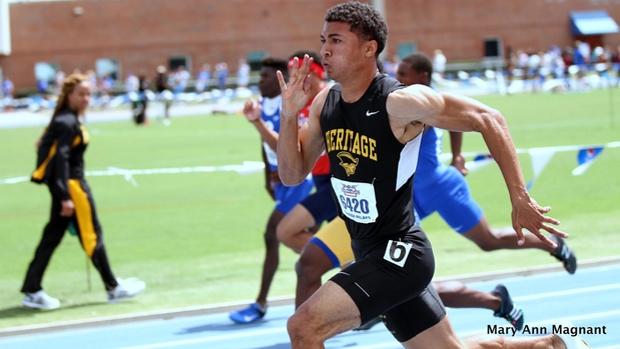 Anthony Schwartz, a highly-coveted college football and track and field prospect from Plantation American Heritage (Fl.) High, ran the fastest 100m time ever recorded in March on Friday at the Pepsi Florida Relays, posting a 10.15 second that beat the former meet record by .02 of a second and set a new World Youth record in the process for a U18 athlete.

His 10.15 second time stands as the sixth best all-time high school effort at the distance and he became the second Floridian to post a time that fast. It's the second best time in the junior class, only falling .01 seconds short of former TC Williams (Va.) speedster Noah Lyles.

Of the five athletes who posted times faster than 10.15, all came in June or July.

MileSplit will post race footage of Schwartz's remarkable race when it becomes available.