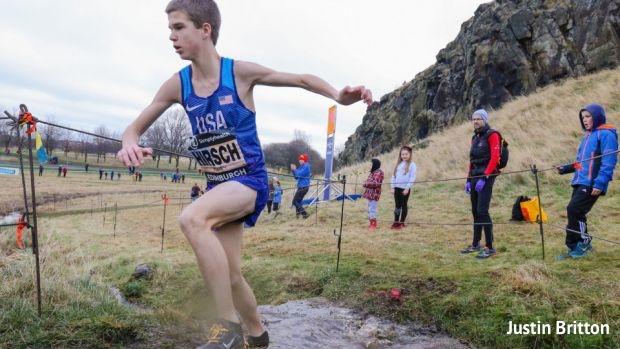 The new and improved Seth Hirsch is ready to take the next step on the track on March 18.

That's when Hirsch, a third-place performer at Foot Locker Cross Country Nationals and a fourth-place finisher at NXN, will pit himself against the best in the nation at the Texas Distance Festival's elite 5K at Southlake Carroll High in Texas.

Of course, Hirsch, a two-time cross country champion in Nebraska, is no new name to long distance circles. The senior from Omaha Millard West was part of the USA team in January that won the junior men's 6K at the Great Edinburgh Cross Country International Challenge in Scotland.

Hirsch also went 14:39.50 in the 5K at the NXN Heartland Regional and had 10 straight sub-15:45 performances over the fall cross country season. In November, he signed to run for the University of Wisconsin.

But as Hirsch will tell you, he's never really had a healthy track and field season. That may be one reason why he hasn't produced an outdoor state championship.

There was a stress fracture that limited his sophomore season, and then he didn't really get healthy until May of last year.

"I'm really self motivated this year," he said.

So what's new about Hirsch?

For one thing, he's grown two inches, sprouting to about 5-foot-8. But he's also much stronger than he was even a year ago.

There's also one more clue he's ready for his breakthrough. 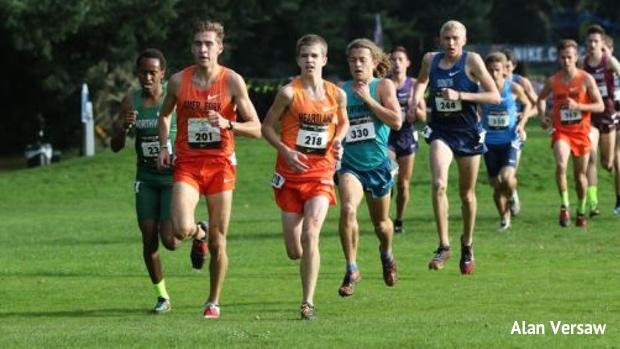 In February, he ran the 3200m indoors at the Big River Running High School Indoor Championships, winning in 9:05.87.

It marked his fastest race at the distance in his career, dating back to June when he finished an outdoor 3200m in 9:12.62 at the High School Distance challenge in Kansas.

"I was pretty happy with that race," he said. "It was the first indoor 3200m I ever ran and I was coming off a tough week of training. But I feel I'm getting a stronger base and getting myself ready for a long outdoor season."

If his first indoor performance is any indication, it seems anything might be possible for him this year. He's certainly testing himself against the best in the nation.

From there, Hirsch will compete in the Arcadia Invitational on April 7-8 in California.

But however odd this may seem, Hirsch often enters meets under the radar. It might be a size issue. Or it might be a Midwest thing.

Sometimes that's helpful, though other times he can sense it, too.

"I think there's a little of that," Hirsch said of the Midwest's label in running. "We're always a little behind. But when we go to these big meets, we always seem to be really strong compared to all the big regions like New York and Texas." 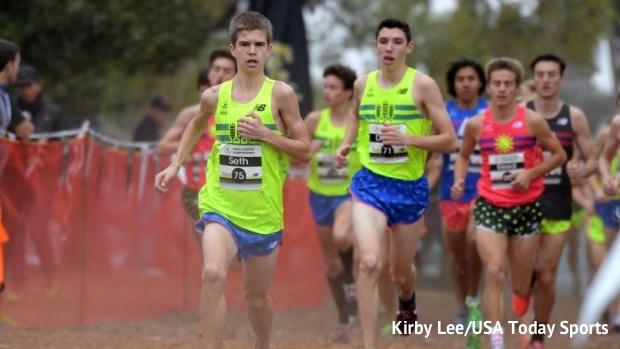 "I would definitely like to see how close I can get to that," he said.

The 1600m is where Hirsch has to improve the most and answer questions about leg speed and turnover. The senior has yet to prove he can excel in strategic races that come down to the last lap.

His outdoor PB dates back to last season when he went 4:28.19 at the Class A championship and finished 13th at the race. But Hirsch came back again in February at the Herm Wilson Invitational in Kansas, kicking well toward a 4:17.46, which set a new indoor and career best PR.

"I definitely have to improve on my speed," he said. "I think the indoor meet I ran in showed I have a little of that, but that performance I definitely felt comfortable. I'm still proving that I have speed."

Deep down, his attitude toward running has never really changed.

While he loves competing - and he's ever improving as a competitor - he says he's always been out on the track and on the grass for the love of it.

"I can honestly say I like to go out for a run every day and just train," He said. "I like racing, but I like training more than racing. When I started running, I just did it because I loved going out for runs. Now that I've gotten to know guys and have times to shoot for, I'm more competitive."

Get ready to see the next evolution of Seth Hirsch on the track this spring.

To connect with Milesplit Content Producer Cory Mull, follow him on Twitter @bycorymull. Have a story idea? We're all about those. Email him at cory.mull@flosports.tv. To have access to year-round stats, breaking news, stories and videos, register for Milesplit here.