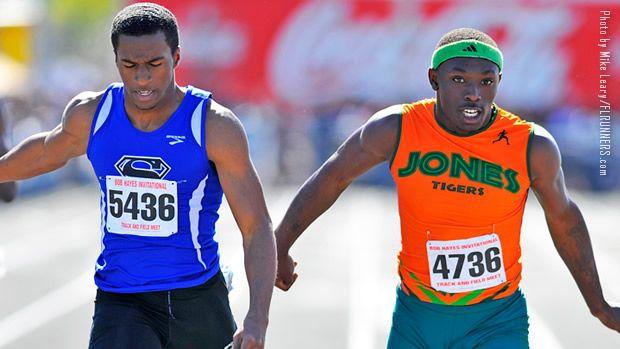 Very few individuals in this world own their island.

The shoe company is offering up a chance for one lucky professional football player participating in the 40-yard dash at the 2017 NFL Scouting Combine to win his very own piece of land -- terms and conditions apply.

The all-time record for the 40-yard dash at the NFL Combine is held by former Tennessee Titans speedster Chris Johnson, 31, who took the crown in 2008 by running a blistering 4.24 seconds.

The crux: If you break Johnson's record, you win an island.

Good luck. The three-time Pro Bowler, who's currently with the Arizona Cardinals, is on pace to accumulate over 10,000 rushing yards over his nearly 10 years in the NFL. He has the record for a reason. It's been untouchable over the last decade.

Make your picks for the HS sprinters that you think could break 4.24s in a 40m

Johnson, of course, has a track background.

His sprinting career first started at Orlando Olympia (FL) High, where he graduated in 2004 before going on to Eastern Carolina. At Olympia, the 5-foot-11 athlete ran a personal record of 10.38 seconds in the Metro Conference Championship and finished his senior season by running under 11 seconds nine times. In the 200, Johnson owned a PR of 21.67.

NFL.com put together a list of potential candidates with a chance to break Johnson's all-time mark. And luckily for us, MileSplit has profiles for almost all of them!

Whitfield is probably the surest bet to win the grand prize -- out of all the contenders -- as his record indicates some magnificent times: 6.64 seconds in the 60m at Brooks PR in 2013; 10.15 seconds in the 100m at the Bob Hayes Invitational in 2013; and 20.66 seconds in the 200m at the same meet. He finished his high school career as a three-time state champion. Whitfield was a wide receiver and kick returner for the Florida State Seminoles.

Ross is a speedster who finished his high school career with PRs in the 100m of 10.66 seconds and 21.56 in the 200m. He told MMQB.si.com that he ran a 4.30-second 40-yard dash in February. Ross was a wide receiver for the Washington Huskies. 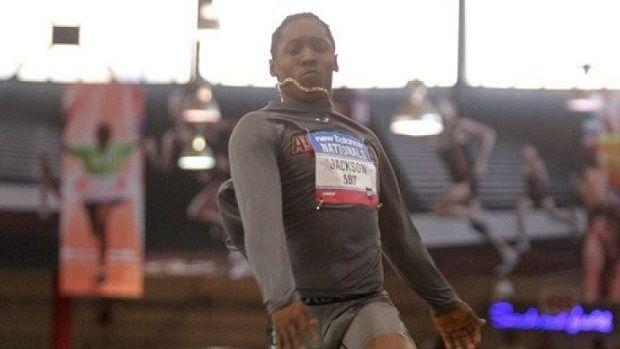 Myrick, a cornerback for the University of Minnesota, held personal records in high school of 10.61 seconds in the 100m and 22.15 seconds in the 200m.

Cook was part of a string of state championship football teams at Miami Central, but he also made personal waves on the track, running 10.92 seconds in the 100m and 22.58 seconds in the 200m. While his times don't jump off the page, his block-start quickness is unquestioned, especially in the first few meters.

Caution: As it's been reported over the last few days -- Deadspin has a nice rundown of the conditions Adidas has given those wanting to contend for the island prize -- the Island giveaway has a series of clauses that may deem the winning athlete void of the prize if they don't meet certain guidelines. Among the most important:

- The athlete must wear Adidas' shoes during the 40-yard dash

- Adidas can substitute payment of $1 million instead of an island

- Read the terms and conditions for the full scope of guidelines