Terrance Laird was taught from an early age not to fear what life brought him. He knew it was a symptom of weakness. And he knew strong men didn't let emotion control them. His father used to tell him there was nothing useful in doubt. So from a young age, the teenager gave himself a daily reminder.

Don't fear what can't hurt you.

And his life did him no favors. That's the only way to explain his childhood, moving from one apartment to the next with a single parent who was in over her head and losing a father before he even really knew him. He fought his way through schools, then changed them. He lived day to day without knowing where the next would take him.

At one point, when his mother left him on his own for six months in a hotel in Phoenixville, Pennsylvania, at the age of 15, he trusted no one. Who could blame him?

So three years and four high schools later, would you be surprised to learn that he's conquered all that?

That he's a senior at Collegium Charter School in Exton on pace to graduate? That he has a full scholarship to Penn State University to compete in track and field? 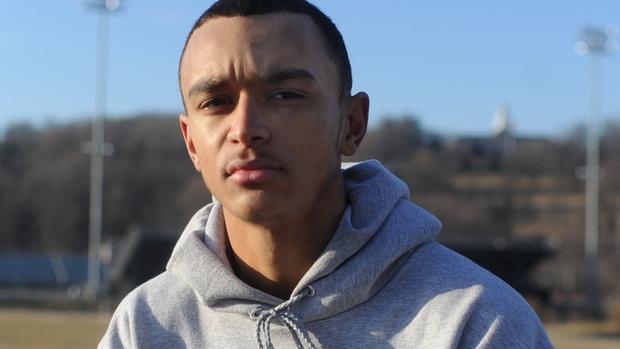 That, as a sprinter for Coatesville High -- where he found a home last year and where he continues to run since the charter school doesn't offer track -- he has a state 200 meter record of 21.22 seconds in his grasp Feb. 25 at the Pennsylvania State Track and Field Coaches Association Indoor Championships?

His best is just .09 seconds shy of the all-time record and the fifth-best time in the nation this year.

In less than three seasons, Laird, 18, has blossomed into one of the best sprinters in the state, if not the best. To some, he has a future so bright that even the Olympics aren't out of the picture. And in doing so, he's defeated perceptions about his lack of size, which checks in at just 5-foot-7 and 130 pounds.

"I wouldn't compare him to anyone," said former Coatesville High head coach Carl Smith, a former principal at the Chester County school who now assists with the track program. "He's so deceptively fast."

Click here to read the rest of 'The Lion Within' at FloFeatured, home for long form sports writing on Flo Sports