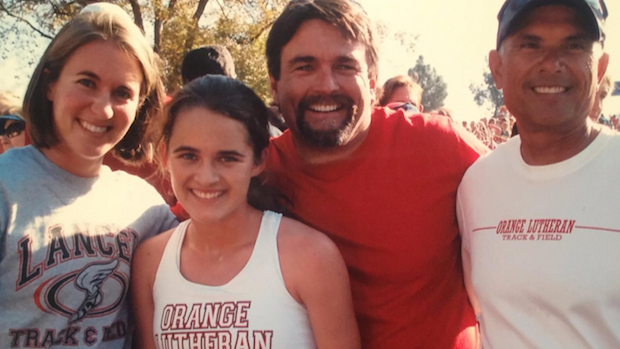 There's a moment in every race when I need to make a decision--will I let this pain overtake me or will I dig deeper to muster more strength? Every time I reach this point, I try my best to remember one person cheering me on with a stopwatch in hand at the 200-meter mark.

Coach Guy Poncy always believed I could handle it, even when I didn't believe it myself.

As my high school coaches will tell you, I was a difficult athlete. I joined the Orange (CA) Lutheran High cross country team reluctantly and only after the head coach asked me to try it when one of his top seven scorers got injured. I was a soccer player who happened to run a six-minute mile in eighth grade. I didn't know that cross country was a sport, let alone understand how the scoring worked. But luckily our assistant coach, Poncy, was patient.

Right away, I noticed that this team was different. Before every race, Coach Poncy would gather everyone in a circle where we would hold hands and pray together. 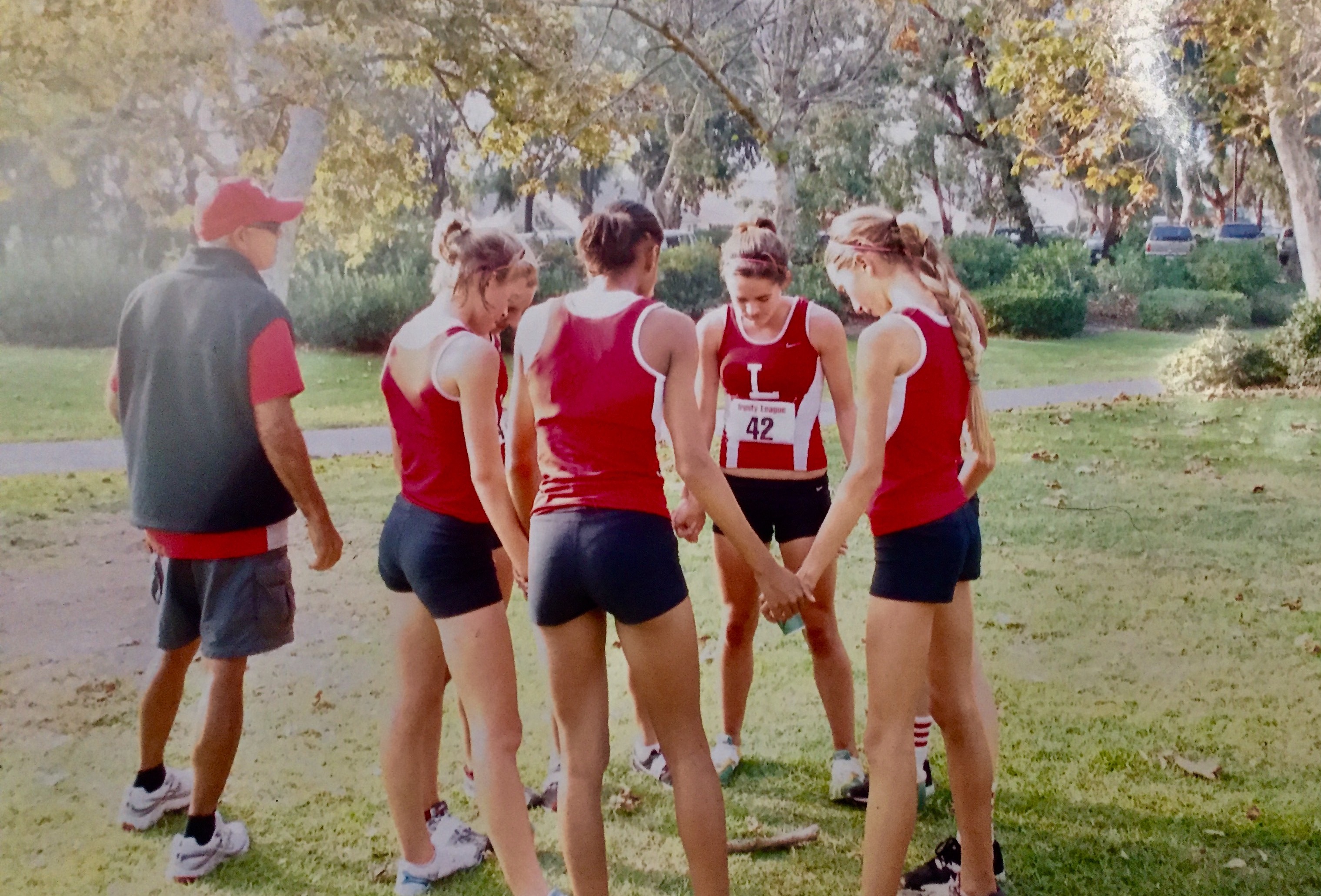 "What's the most important thing we do?" he always asked before we began.

l'd been part of several soccer teams who would get fired up with pep talks and loud music right before games, so this ritual was definitely a first. But that prayer made me more prepared for competition than any pump-up song ever could.

While playing soccer and running track at the same time, I experienced several overuse injuries. My body caved in the form of tendinitis and a stress fracture. Before track season started my junior year, I wasn't fit enough to be running with the team just yet. But Coach Poncy joined me on easy runs, no questions asked. Frankly, I forgot my watch so many times that he probably joined me to make sure I ran long enough and didn't get lost.

"Hellooo, McFly!" he'd say while flicking me on the forehead and rolling his eyes.

"I know coach. I'll remember my watch next time," I'd say while laughing at his frequent "Back to the Future" movie references.

Coach Poncy was a man of few words, but when he spoke, everyone listened. During my junior year, our team went through a head coach transition. Poncy remained in his role as an assistant, but the change caused a lot of dissension within the team. Unsure of what the future held for the leadership and our team's success, I remember asking my mom what I should do. She told me that I just needed to listen to Coach Poncy. He was my constant.

That fall, I was the only person from our team to qualify for the California state cross country meet. It was an unusual experience, because historically our team placed within the top five in our division every year. After I earned a spot to compete as an individual, my parents assumed that they would drive me to the meet without the coaches so as not to inconvenience them. But Coach Poncy would never let that happen.

"Of course I'm going!" I remember him saying when my parents brought it up.

I was so relieved. I may have qualified as an individual, but Coach Poncy would never let me compete alone. 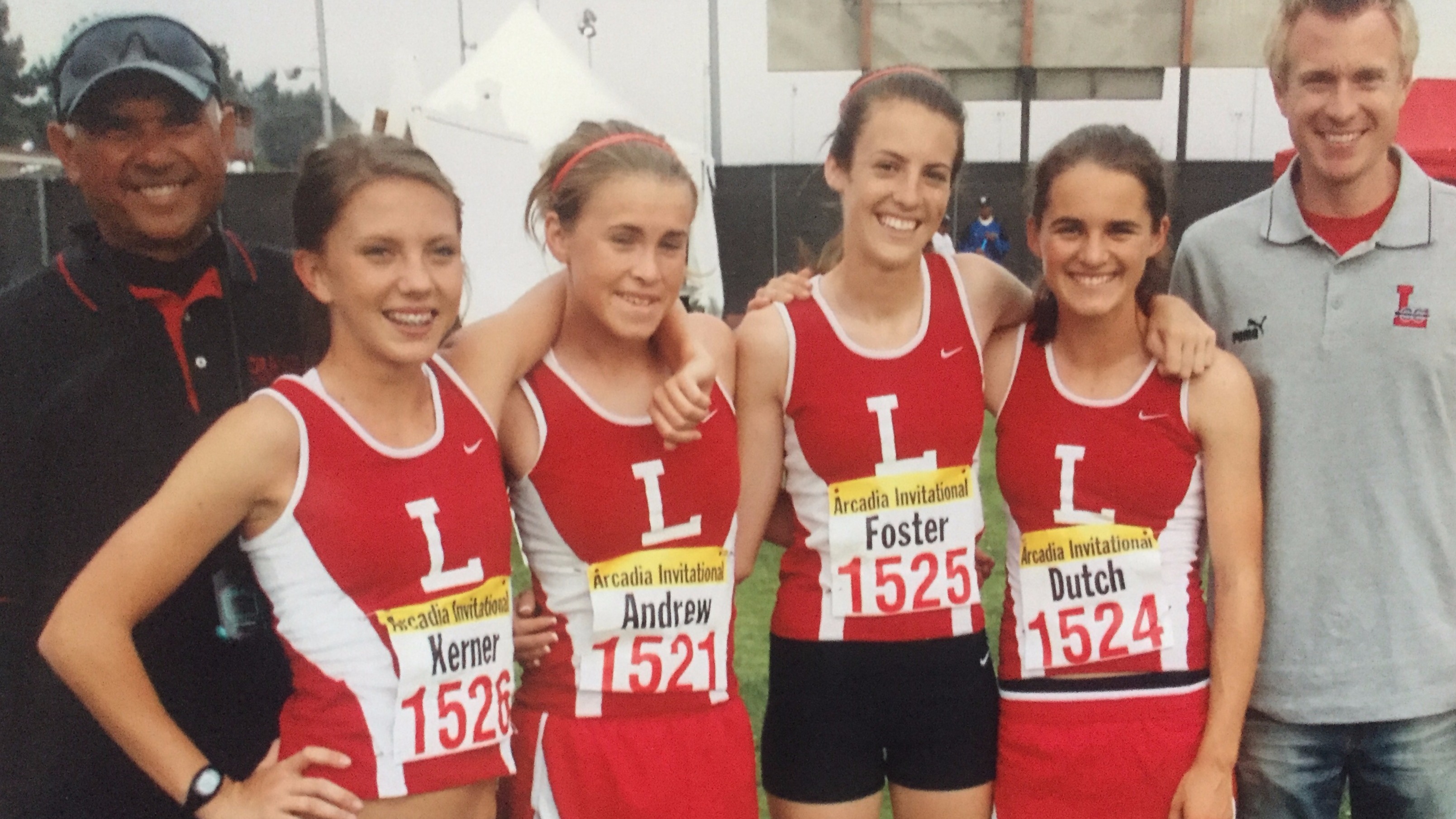 The summer before my senior year, I made the decision to quit soccer in order to pursue running full time. Years of being the difficult soccer player ultimately culminated with me choosing the sport that I was initially reluctant to accept. When I called Coach Poncy to share the news, I had to assure him that it wasn't a prank.

"Yes, but now you have to make me really fast," I told him.

That fall, our team won the California state meet. It was the first time in our school's history that the cross country team had won a state championship, and it came together one year after our team failed to qualify. To this day, it is my proudest high school athletic achievement.

Six months later, my parents woke me up in the middle of the night with unthinkable news. Coach Poncy passed away while in the middle of his daily morning run. His heart gave out on a trail that we had run together hundreds of times. At first, I thought I was having a bad dream. It couldn't be real. How could my 53-year-old coach who surfed, biked and ran every day be gone? But as soon as I arrived at school the next morning, it became real. Coach Poncy would no longer be standing at the 200m mark. He wouldn't be there to push me along when I forgot my watch. He wouldn't lead any more prayers.

I've been fortunate enough to have several amazing coaches over the years, but I will always be grateful for the inspiration that I received from being Coach Poncy's athlete. He kept me honest, he showed me loyalty, and he was a constant reminder of what is most important in running and in life.

Whether it's the final 200m of a race or a tough stretch in my personal life, I know that Coach Poncy would be there urging me to dig deeper and muster that strength he always knew was there.

Do you have a coach that has made an impact on your life? Nominate them for the Brooks Inspiring Coaches program here.