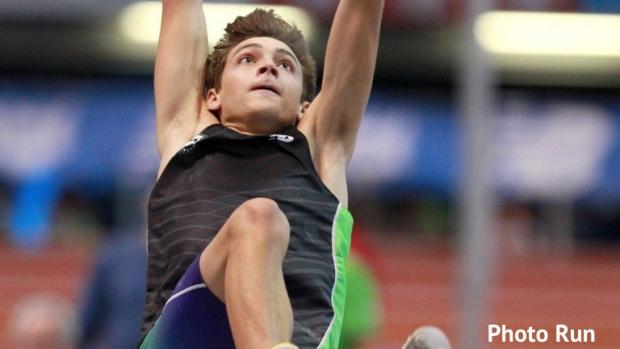 Armand "Mondo" Dupantis shattered his own national high school record in the pole vault on Saturday with a clearance of 5.72m/18-9.25 at the LSU Last Chance High School Invitational in Baton Rouge.

Watch a video of the clearance, courtesy of Mondo's brother, Andreas:

Duplantis is now five inches better than any other high schooler in American history. Chris Nilsen ranks No. 2 on the all-time list with his 2016 national record of 18-4.25. Duplantis' mark ties Andrew Irwin's American junior record, though he has competed through two international championships for Sweden and so that record will not be his. Even so, the 17-year-old now ranks No. 4 in the world all-time for U20 athletes. The world junior record stands at 5.80/19-0.25 (Maksim Tarasov).

Track fans will likely see Duplantis in the yellow and blue Swedish jersey again this summer, as he has now met the IAAF World Championships standard of 5.70m/18-8.25. 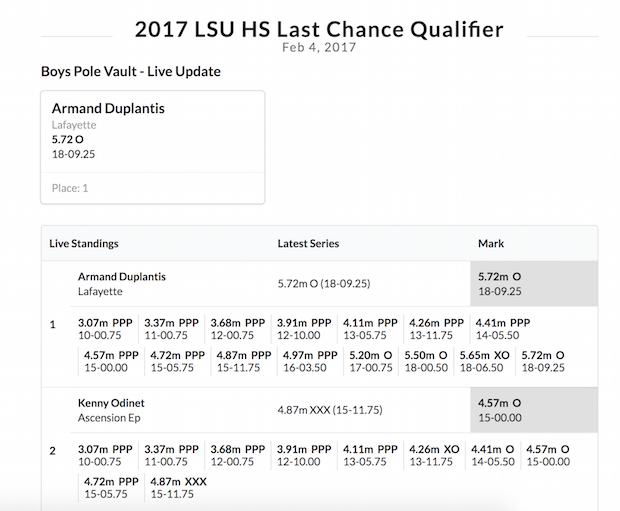