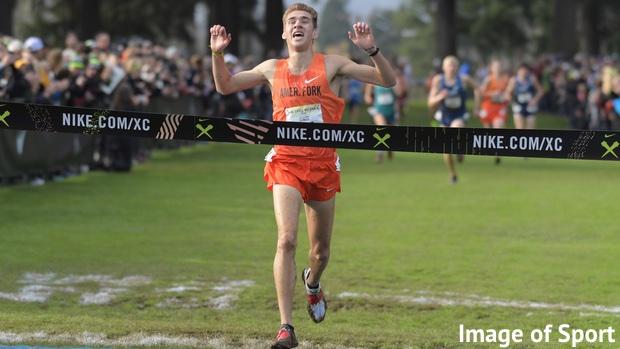 American Fork (UT) senior and two-time NXN champion Casey Clinger announced to MileSplit on Monday that he verbally committed to Brigham Young University after heavily considering the University of Oregon.

The American Fork star, whose teammate Patrick Parker also verbally committed to BYU, said he came to the decision after a long process and insight from family and friends.

He cited his comfort with the school, the Cougars' coaching staff and the program's athletes as the biggest reasons why he decided on BYU, which finished seventh at this fall's NCAA Division I cross country championships.

"It was a really, really tough decision," said Clinger, who ran a season-best 5K time of 14:42 at the Nike Cross Nationals Southwest Regional. "It look a long time, but I just like the coaching staff and I also really like BYU. It felt like it was a better fit for me. I felt like it would be the better college."

Verbal commitments are non-binding agreements. Clinger can officially sign his National Letter of Intent on April 12, which is the regular period for all sports. 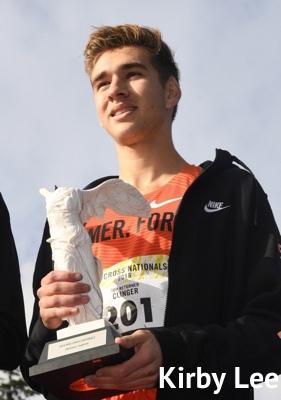 Clinger, a four-time NXN qualifier and six-time state champion in cross country, the 1600m and 3200m who is Mormon, said Oregon was flexible with his potential desire to go on a mission trip during his college career and therefore it didn't impact his decision.

"They were willing to do whatever to fit with me," he said. "They were fine with me doing a mission. That didn't factor in as much, because both schools were really willing to work with me."

Clinger's coach at American Fork, Timo Mostert -- an alumnus of BYU who ran for the Cougars -- said he distanced himself from the decision.

He ultimately wanted Clinger to make a conscious decision on his own, after insight from those that were closest to him.

"I didn't ask him why," Mostert said. "That's not important to me. I like both programs. I would have been happy either way, it doesn't matter to me. I just said, 'Do you feel good?' He said, 'Yeah.' That was fine with me."

Clinger talked briefly after NXN about the recruiting process:

To connect with Milesplit Content Producer Cory Mull, follow him on Twitter @bycorymull. Have a story idea? We're all about those. Email him at cory.mull@flosports.tv. To have access to year-round stats, breaking news, stories and videos, register for Milesplit Utah here.