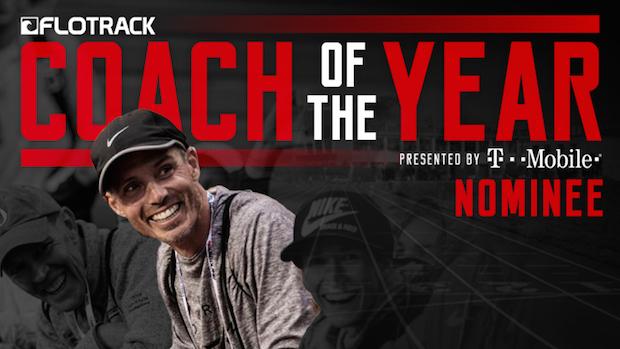 From the historic 10K American record run by Chris Solinksky in 2010 to Evan Jager's Olympic silver medal in Rio this summer, Schumacher's athletes get results when it matters most. Most recently, Schumacher guided seven Olympians to Rio, all of which finished top 11 in their respective events.

"Results are great, but what really made it fun was the process of all of the athletes, from indoors to outdoors, pouring everything they had into realizing their dreams. For us, that's what made it fun, that whole entire journey," Schumacher said. "The results were icing on the cake, for sure. But just being able to work with highly motivated athletes is what made it fun for [assistant coach] Pascal [Dobert] and me," he added.

And those results were pretty impressive. One year after breaking the American record in the steeplechase, Jager returned to claim the United States' first Olympic medal since 1984. He did it by putting himself in podium position from the gun and ultimately kicking down defending world champion Ezekiel Kemboi in the final 100m. The moment was a major highlight for the American team in Rio.

Six ladies of the Bowerman Track Club--many of which joined the group within the last year--also collected top finishes for Team USA in events ranging from the steeplechase to the marathon. Shalane Flanagan and Amy Cragg led a deep women's marathon team to sixth and ninth-place finishes. Along with Brooks' Desi Linden, the three American women all placed within the top 10 of the field. It marked the first time in 40 years that any American trio (male or female) had accomplished the feat. Colleen Quigley and Courtney Frerichs made a formidable pair in the steeplechase after finishing eighth and 11th-place, respectively. Shelby Houlihan claimed an 11th-place finish in the 5K and Emily Infeld finished 11th in the 10K. Betsy Saina of Kenya, also under Schumacher's guidance, finished fifth in the 10K.

Prior to 2016, Schumacher helped guide his athletes to numerous world championships and top finishes at the 2012 Olympic Games. With the recent growth and success of the women's team, the accolades of the Bowerman Track Club are projected to increase even more with every passing year.
- Taylor Dutch