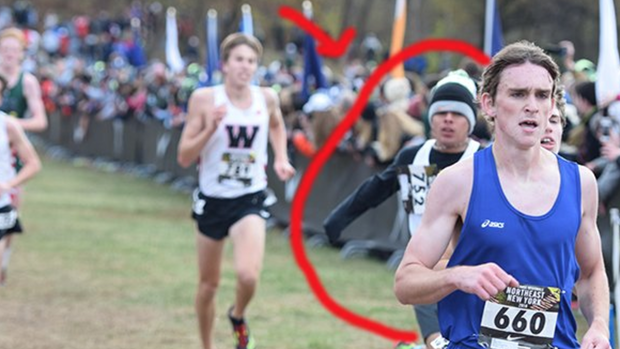 For the second time this season, it appears that a high school runner from New Jersey has cheated his way to a strong finish in one of the top cross-country races in the country.

After the 2016 Manhattan Invite in October, a fellow runner reported Terry Varicelli of Union City had snuck into the boys eastern championship race after noticing discrepancies in the MileSplit photo albums.

Varicelli at the Manhattan Invite

Timers have confirmed to MileSplit that Varicelli does not have a 1.5 mile split like the rest of the field. Additionally, he does not appear in any of the race footage prior to the finish, where he crossed in 27th place overall in 16:35, a time which represents a significant PR from his 19:04 and 20:27 5K times this season.