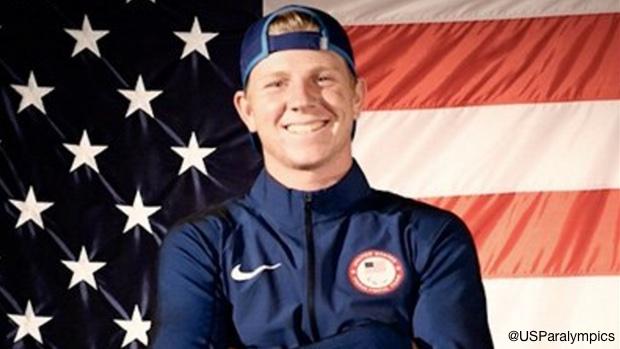 Syracuse High School senior Hunter Woodhall set a PR of 21.12 en route to earning a silver medal today in the Men's T44 200m final at the Paralympic Games in Rio.

The time is the second consecutive PR at these Games for the 17-year-old, who ran a then-best of 21.50 to place second in his preliminary round.

The silver medal was a positive turn of events for Woodhall, who hours earlier had anchored home the T42-47 4x100m relay to a gold medal and world record run of 40.61 only to be told moments later that his team was disqualified due to an error on the second exchange. 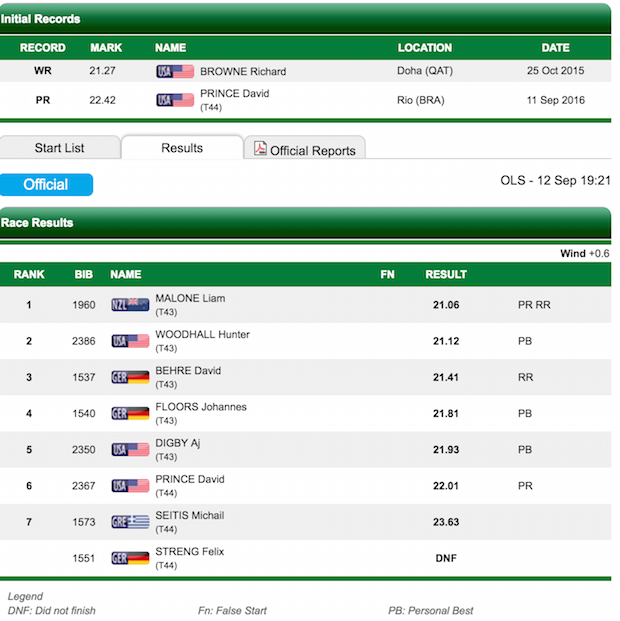 T'was a day filled with ups and downs, in the end I had the honor of bringing home a silver medal for my country. pic.twitter.com/j7E4a9ERkb