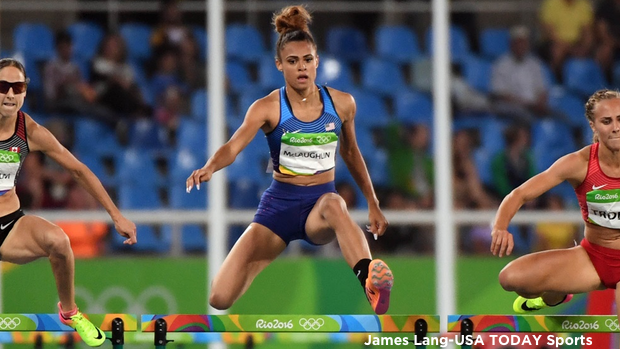 Sydney McLaughlin competing in the 400H semis at the Rio Olympics

Sydney McLaughlin raced in the first heat of the 400H semis. She finished 5th in her heat running 56.22. With the top 2 auto qualifying and the next two fastest times from all semi heats advancing to the final, this put her outside of a qualifying spot.

McLaughlin's junior high school season included a winning anchor leg in the 4x400m at indoor nationals, a 50.9 relay split at outdoor nationals, and a high school, American junior, world youth, and world junior record of 54.15 in the 400 hurdles at the Olympic Trials. She was 16 when she made the Olympic team, making her the youngest American track Olympian since 1972.