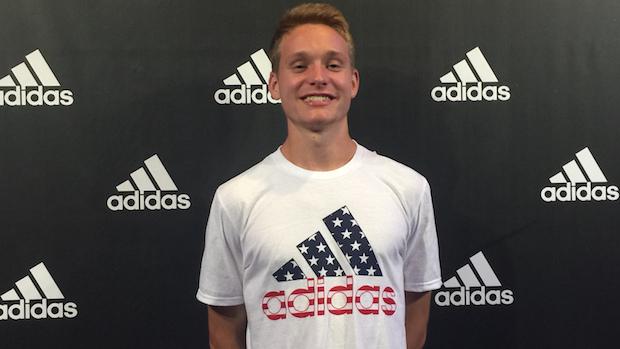 Drew Hunter stole the show yesterday on Day 8 of the Olympic Trials in Eugene, Ore. when he became the youngest male distance runner to sign a professional contract. The 18-year-old, a recent graduate of Loudoun Valley High School in Va., signed with adidas and Flynn Sports Management.

We met for an interview at a University of Oregon frat house, converted for use as adidas HQ during the Trials. Below is the full interview video, plus a few selected highlights from our conversation: