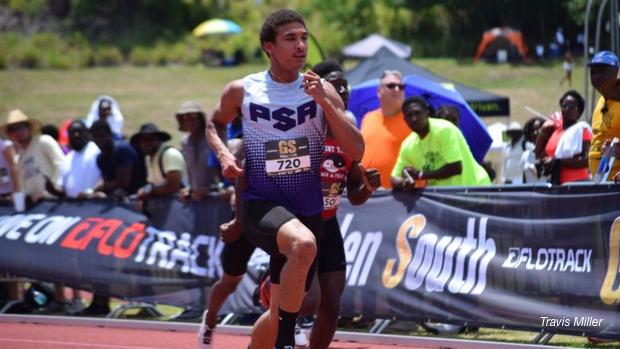 After placing 5th in the 100m at USATF Junior Nationals, Daniel Estrada, has just announced that he will be representing Puerto Rico at the IAAF World Junior Championships beginning on July 19th in
Bydgoszcz, Poland. Estrada also ran last year in the World Youth Championships, but instead ran for the US.

So blessed to say that I'm officially running for Puerto Rico at the World Junior Championships #TrackNation pic.twitter.com/bAQKV1xJnb

The senior from Northwest Guilford in Greensboro, North Carolina, is set to run the 100m. He comes in with a wind legal US #7 PR of 10.40, which he ran at the North Carolina Outdoor State Meet. Being able to run for Puerto Rico was not hard for Estrada, seeing that his mother was born there, and he only had to have her birth certificate as proof. There were no national trials for the Puerto Rican team, but a qualifying time that Estrada had to run under consistently. Estrada had also hoped to compete in the 200m, but missed the standard by two hundredths of a second.
Estrada runs 10.40 at the NC State Champs.