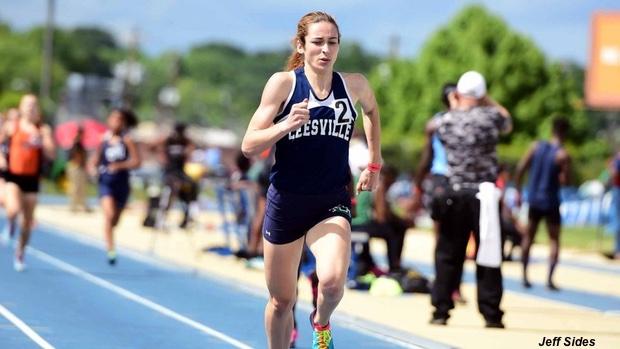 After the meet, the high school junior and 2015 indoor mile national champion said she plans to race the adidas Dream Mile on Friday, June 17, and possibly double back for New Balance Nationals Outdoor on Saturday and/or Sunday the same weekend.

She may have time to make the NBNO Championship 4x800m final on Saturday night at 7:00 p.m. if she chooses. Leesville Road took runner-up honors at 2015 indoor nationals with Mareno on the squad, and she and teammate G'Jasmyne Butler are a formidable one-two punch. Butler placed second at state in 2:10.44, and ran the squad's fastest relay split at 2:12 on the anchor.

Watch the post-race interview below, plus all four race videos:

LOVE THIS CRAZY TEAM SO MUCH! 4 IN A ROW pic.twitter.com/fnhL9hB95n