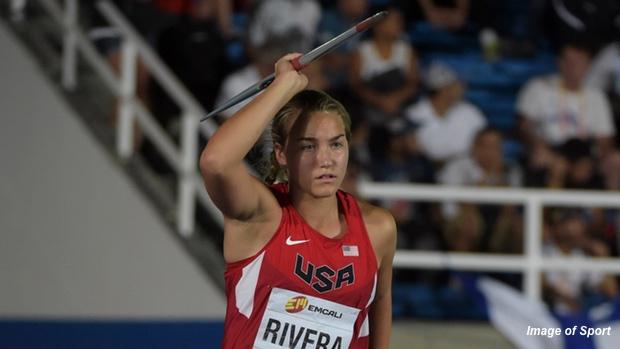 Sophia Rivera threw the javelin for 180 feet, 4 inches last night at her home meet, the Brentwood Invitational in Missouri, to qualify for the U.S. Olympic Trials and move to No. 3 on the U.S. All-Time List.

"I didn't have a specific time in the season I wanted this to come, I just knew I wanted it. I wasn't expecting it this early in the season," Rivera said to David Kvidahl of the St. Louis Post-Dispatch. "Coming out here today and popping it out, it was unexpected and phenomenal and I'm over the moon."

"It's indescribable. This has been an ongoing dream of mine to not only qualify, but hopefully go to the Olympics some time. I'm making headway on that and it's unbelievable."

Her throw was so far that it broke the paper tape measure, reports Kvidahl.

Her javelin mark of 54.96m ranks fifth in the United States this year; the Olympic standard is 62.00 meters.

Rivera will compete at the Kansas Relays this weekend, to be streamed live on FloTrack.

How to Qualify for the U.S. Olympic Team Trials