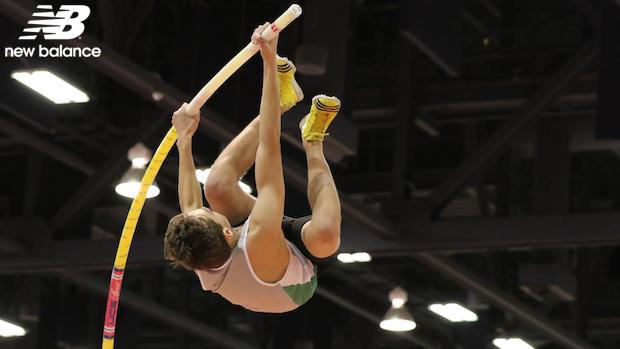 It's been clear since Armand "Mondo" Duplantis' fourth or so birthday that the Lafayette, La. native is a special specimen. The son of Greg Duplantis, a former national high school record holder himself, Mondo set his first Age Group World Record at seven years old. He now holds the National Freshman and Sophomore Class Records and, as of last month, the National High School Record as the first prep to clear 18 feet.
Last year at NBNI, former record holders Deakin Volz and Paulo Benavides dueled back-and-forth before Volz prevailed in a new national standard. Duplantis won't have a sparring partner, but can he push himself past his 18-0.5 PR?

The reigning World Youth Champion could. He said he's aiming for 18-3 (watch the interview below).

That mark would be more than enough to take back the Age 16 World Record, which Mondo set with his 18-0.5 clearance, but lost a mere week later to Greek rival Emmanouil Karalis, who cleared 5.53m/18-1.75. Karalis' mark is also a World Youth Best.
Watch the interview below to hear Mondo talk about goals after his last competition, the Louisiana State Championships.