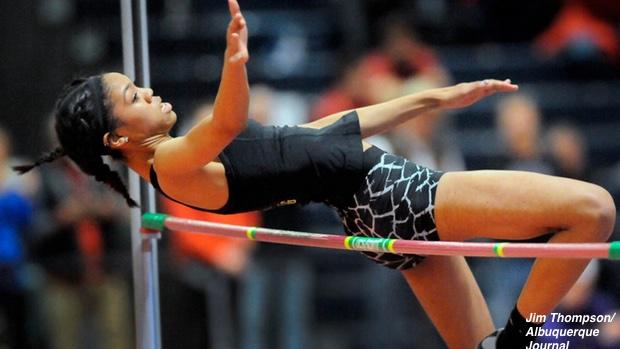 Vashti Cunningham set the National High School Record in the High Jump with a clearance of 6-4.75 at the University of New Mexico on Friday night.

The event marked the first indoor competition of Cunningham's young career, though the record is no surprise. The senior at Bishop Gorman High School in Nevada cleared 6-5.25 last summer to set the National High School Record outdoors. That jump was en route to winning the Pan-American Junior Athletics Championship in Canada and abetted her a No. 9 World Ranking to close the year 2015.

Both women are favorites to make the Olympic team this summer.

"I'm extremely impressed (with Cunningham)," Lowe told the Albuquerque Journal. "I think it would be a shock not to see her on the Olympic team."