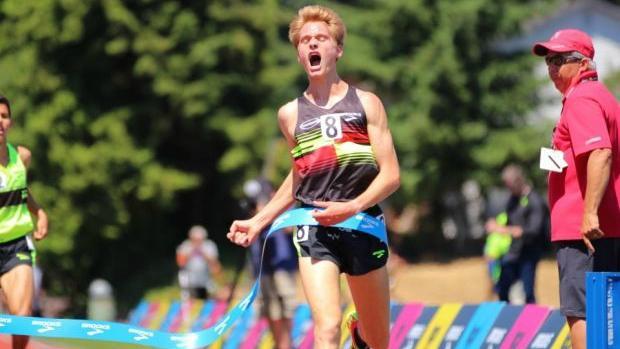 Grant Fisher looked unbeatable in his senior year at Grand Blanc High School in Michigan and he nearly was. The two-time Foot Locker Nationals champion, two-time New Balance Nationals Indoor mile champion and two-time adidas Dream Mile champion did not lose a high school race between July of 2013 at the IAAF World Youth Championships and June of 2015.

But at the Brooks PR Invitational, the unthinkable happened: Drew Hunter of Loudon Valley, Va. put in a surge at 500m to go. Fisher attempted to move with the upstart high school junior but could not match his finishing kick and the Oregon commit won in 8:42.51, the ninth-fastest in history.

Fisher was not only the top prep of the year, but remains ranked as one of the top preps in history as the seventh high schooler to break four minutes in the mile. The duo met again in the 1500m at the USATF Jr. Nationals, where Hunter again out dueled him to take runner-up honors to Oregon freshman Blake Haney, his future teammate.

The wins signaled a passing of the torch from Fisher to Hunter, who now has a Foot Locker Nationals title under his belt. Could sub-four be next?