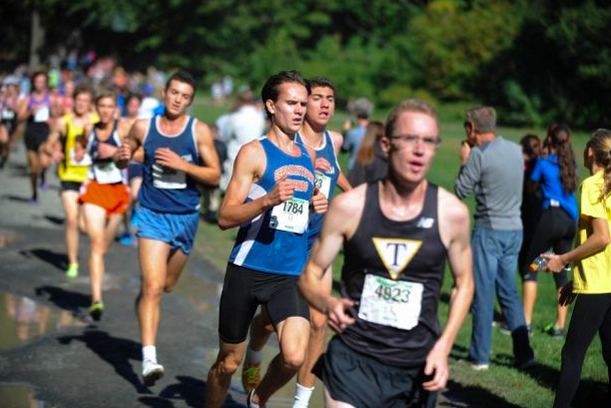 Closing in the final straightaway of Manhattan

In honor of a little Philly pride, I wanted to start this week's entry off with a quote from Rocky Balboa, the fictional representation of everything that makes our city great. The last two weeks have been formative for our team, and I believe that whenever we are faced with difficulties or failures, we come through stronger. That's how winning is done, and that's how we are going to build momentum as we approach the final weeks of competition. It can be hard to remember the big picture at times, especially in the moments after a bad race or a failed workout. One single day is only a representation of a snapshot of your season, and you need to step back too see the whole motion picture. We collectively faced the trials of miles in this last stretch of competition, but I know now that all of the difficulties only served to make us a closer, fiercer group.

I personally had a transition over the last few days, and had to respond to challenges in my own ways. I've come through stronger because of it, but that doesn't make it any bit easier. The fate of the team, and the wellbeing of our culture, have become so intertwined with my existence, that any shortcoming we suffer feels like a deep, personal defeat. The season is a major part of my existence, the one part of my schedule that I can always count on to be positive, and in many ways it is the break in my hectic junior year schedule. All of us at GFS work our tails off for our academic pursuits, and with all of the delays and missed school days early in the year, teachers and students alike are feeling the pressure to catch up on what has been missed. It's in this high-stress environment that I thrive, however, and I love the pressure to achieve even more. Moving forwards in the season, I will need to take the lessons learned, and continue to improve, so that I can perform to the best of my ability scholastically and athletically. Onwards and upwards.

Nick Dahl of Germantown Friends School, Pa. is nearly as good a blogger as he is a racer! The junior All-American chronicled his training this past summer and has agreed to continue this fall as he seeks to qualify for his first national cross country championship. Dahl has improved from one of the best freshmen in the nation to one of the best runners in the nation - period. In 2014, Dahl won the New Balance Nationals Outdoor Freshman Two Mile in 9:19.07. Just one year later, he placed third (9:01.81) in the championship section, becoming the nation's fastest sophomore two miler in 2015. Follow along as he looks to keep improving in 2015-2016! This is the third edition of Nick Dahl's training blog. Read his summer blog here and previous editions here. All photos courtesy of Nick Dahl.