The 2nd round "top moments of the year" in our #TrackMadness bracket have been decided... well, almost. When the clock struck midnight from Thursday night into Friday morning and the South Region's 1st round voting ended, the matchup between Allie Ostrander NXN Win vs. Anna Rohrer Indoor 5k National Record was in a dead even tie, each moment received 297 votes. 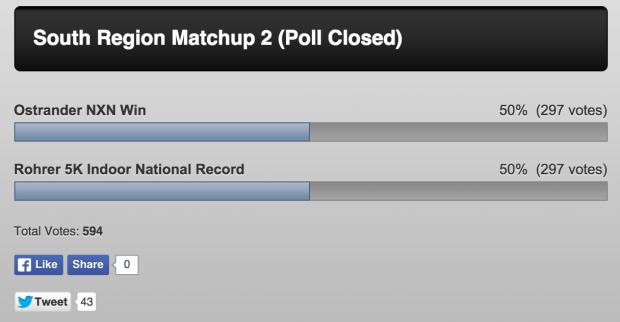 Even when these two top female distance runners meet in a #TrackMadness poll for top moment of the year, a winner can't be decided

You have the chance again to decide which moment from these two distance stars was a better moment. Vote above.

The two moments facing off:

Allie Ostrander had immense pressure on her as the favorite enter 2014 Nike Cross Nationals. She recently had her "On the Rise" series released about her on MileSplit, which intensified the pressure but showed that she has been training on her own (sometimes with a teammate on the boys' team) and that teammate and her wrote up a training plan for herself since their state meet in the beginning of October. Needless to say, Ostrander took home the victory.

Anna Rohrer also came into New Balance Nationals Indoor in a pressure situation. She has the reigning Foot Locker XC Champion and was the favorite to win the 5K at NBNI. She also just came off of a MileSplit "On the Rise" series shoot just days before her 5k. Well, the favorite didn't disappoint. Not only do Rohrer win, but she set the Indoor 5k National Record in 16:10.79

Below are the 15 moments that have already advanced to the second round of #TrackMadness. Notice the South Region where the Ostrander/Rohrer matchup is still vacant. With Rohrer's 5k Indoor National Record winning the sudden death vote off, Ostrander's NXN Win does not move on and Rohrer's NR will occupy that 16th and final spot in the 2nd round. 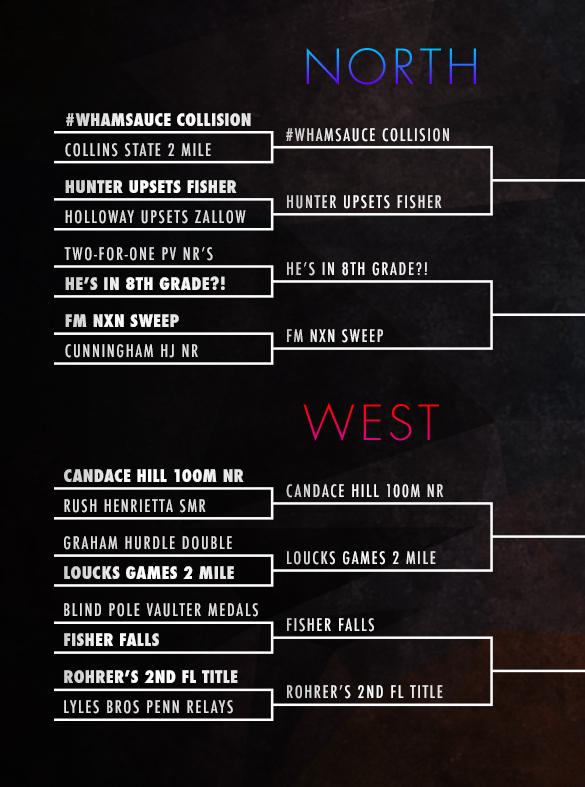 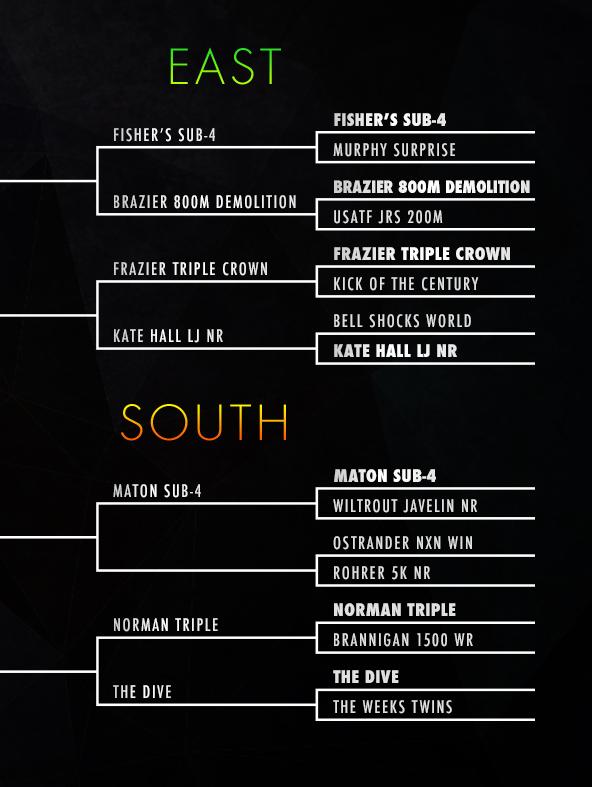