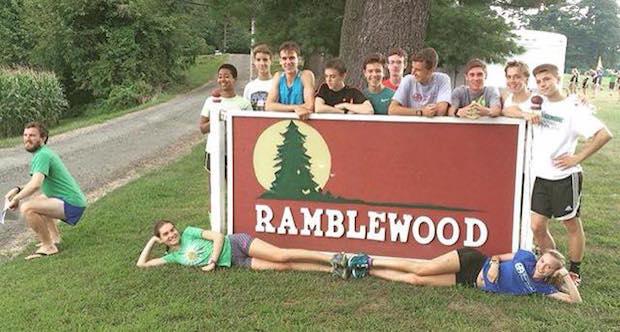 After finishing my vacation in the beginning of the week, I took a mere two hour break back home in Philadelphia before rapidly turning around and joining my teammates at Camp Ramblewood for our annual trip to Hawk Harrier XC Camp, which marked my third consecutive year attending. We spent the entire week together, living out in a cabin deep in rural Maryland, and we trained through the nearby Susquehanna State Park on their roads and trails, alongside members of several other cross-country programs. This week was not meant to be an all out test of my strength, but rather a significant week of training that gave me and my teammates the chance to bond and identify our team culture, as well as an opportunity to learn from my counselors who themselves are very accomplished athletes. I achieved just that, and got to run with some of the best high school athletes in the area, which was a welcome break from the several efforts I've had to do on my own this summer. Hills were abound, and there was certainly no lack of competitive spirit and motivation from my weeklong running group, a tight-knit pack of top runners, all looking to dominate this cross-country season for their respective teams. Good times, great laughs, and a couple of killer workouts made for one hell of a week at Hawk Harrier, all as I feel more prepared than ever to start competition soon.

Friday, August 14th (Still on vacation): The goal of the day was to run anywhere from 55-60 minutes, so I went out for 58:38 at an average of 6:26/mile pace on board the ship. The GPS had to estimate this distance off of exertion and cadence, since the ship itself was moving, so the splits aren't anywhere near perfect, but it felt great and my progression through to the end was near perfect. The run got so fast in the final miles that I had to continue increasing the incline on the treadmill, since the pace maxed out and I still hadn't reached my target heart rate zone. Certainly a good sign for my fitness there. I felt particularly dehydrated after the run, possibly due to an increase in perspiration or a lack of air circulation on the treadmill, so I made sure to drink lots of water and refuel throughout the rest of the day.

Saturday, August 15th: Economy day today. We park in New York tomorrow morning at 4:00, so this is officially the final run I will have to do on the ship. I went out for 29:52 minutes easy at around 6:48/mile pace, then I found the longest straightaway and ran two sets of 8 x 100 "on", 100 "off" up and down the full length of the ship. These were certainly not the prettiest economy sets I've ever done, and they were frequently interrupted, but it was the best I could do with the situation presented to me. With this week out of the way, I am looking forward to a more practical week of training, starting tomorrow afternoon at camp.

Sunday, August 16th: I docked in the morning in New York City, got off the ship at 8:00 a.m., drove straight to Philadelphia, washed every piece of running clothes I own while eating lunch, and then set out again so I could join my teammates at Hawk Harrier and start the week of training. I arrived right after lunchtime, and after unpacking everything and catching up on what I had missed over the last week, it was time to go for our first run. I went out for a cool 49 minutes with the "A" Group, averaging 6:42/mile pace over hills and trails. The pace was conversational the whole time, so I spent it talking with everybody else I would be running with for the rest of the week, and finding out what their summer training had looked like before they arrived at camp. Afterwards we grabbed strides and took a bus back to the camp, where we listened to the first motivational speech and settled in for the rest of the week.

Monday, August 17th: Our counsellors decided today would be the best day for our longest effort of the week, so we geared up at 5:50 in the morning and set out directly from camp. It started out faster than I aim for on my own usually, with the first 4 miles in the 6:40/mile down to 6:02/mile range, and we only went faster from there. I was certainly hurting once we reached the 8-mile mark, and I was fighting to keep my heart rate controlled, but I sat back and grinded out the last four miles with Greg Pelose of Haddonfield Memorial High School, for a successful end to the day. We averaged a 6:16/mile pace overall, with a huge net altitude change, and even though it wasn't the prettiest run of the summer, I was satisfied with the end result. After lunch we regrouped for two LBD (learn by doing) sessions, dynamic stretching and hurdle mobility, both of which are already critical parts of my team's training regimen. The whole group was exhausted after that, so instead of doubling up in the afternoon we played whiffle ball, and started the tug-of-war/volleyball tournaments in the evening with our teammates. 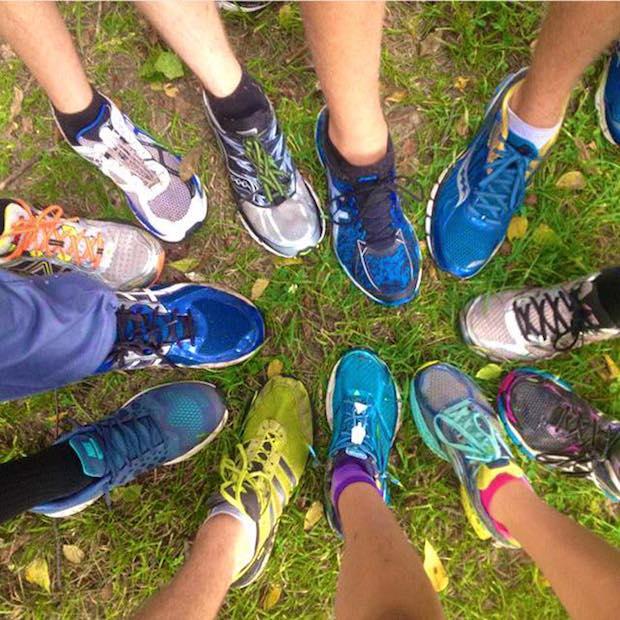 Tuesday, August 18th: After the intensity of yesterday's run, I talked with my coach Rob Hewitt in the morning, and we agreed it made sense for me to stay relaxed today. The morning run consisted of an easy 39 minutes over rolling, grassy hills with some of my teammates, at a pace somewhere in the 8:20/mile range. I haven't gone that slowly in a while, and it felt great to relax on the morning run and take it easy. The afternoon run consisted of just a quick 10 minute shakeout, followed by a fiercely competitive rematch to yesterday's nail-biting whiffle ball game. In the evening, Whitman's Hitmen, my team for the evening competitions, secured our spot in the semi-finals rounds of both volleyball and tug-of-war with critical victories over all opponents, after a dominant anchoring effort by my teammate Tunde Sogo.

Wednesday, August 19th: Waking up at 5:50 in the morning again, "A" Group went out for a nice, long run of 60 minutes, through the natural beauty of Susquehanna State Park. We started on the trails, and finished the run in the campground's parking lot, where we filmed ourselves running striders on the grass for video analysis later in the day. We broke down our form after lunch on the screen, paying attention to posture, core strength, and efficiency of motion, and completed a full set of medball core exercises by the tennis courts. Afterwards, we went out again for 30 minutes in the afternoon at a recovery pace, and completed a full set of static stretching. My team, Whitman's Hitmen, was once again victorious in tug-of-war, which launched us into the finals scheduled for tomorrow night after the day's runs.

Thursday, August 20th: Today we did a run my counsellors called our "long and strong" effort, which consisted of 8 miles at a very high velocity up and down some major hills. After starting at 6:49 for the first mile, we rapidly began to descend into a speedy pace, even as we climbed Quaker Bottom Road for the first four miles. The pace during this stretch got down to 5:45 while travelling uphill, which led to many athletes dropping off the lead pack. The second half only got faster as we shot down Webster Road, with miles going as fast as 5:10. The last 2.4 miles were along Stafford Road, a gravel path over rolling hills that brings you right back to the campground, and after completing most of the run with Greg up to that point, I set out on my own and closed as quickly as possible while remaining in zone. I finished in a time of 47:17 minutes, averaging 5:50/mile pace for the whole run, which is by far my best pace so far for a course of that difficulty. Due to thunderstorms all evening, camp activities were limited to whatever we could do inside, so I, along with my fellow captains Grayson Hepp and Gordon Goldstein, led the team through a goal session at night. We seemed to touch on a lot of personal goals, as well as goals for where we want the team to make it by the end of the season, which both helped to remind me of why we put in the work all summer. The team is in a positive place right now, and it seems as though everybody is excited for our first meets in September. 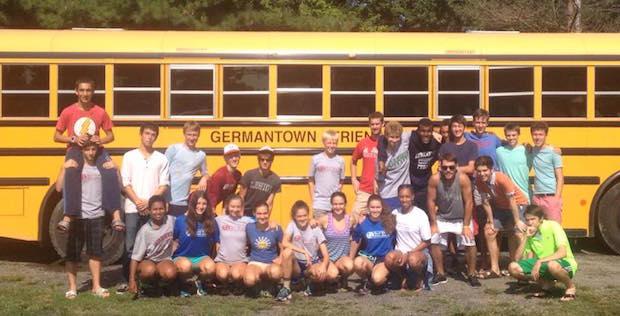 Friday, August 21st: On the last day of Hawk Harrier XC Camp, "A" Group took it nice and easy, cruising for 44 minutes over 6.2 miles along the River Path until we intercepted Green Trail, in the 7:00/mile range. Yesterday's run was a major confidence boost for most members of the group, so today was just a day to let our bodies catch up, and to secure all the fitness we worked for yesterday. My teammates and I packed up right after breakfast, cleaned up the bunk, and said goodbye to Hawk Harrier until next year.