Leave it up to the Weeks twins of Arkansas to put on one final blowout performance in the sky for their final high school pole vault competition on July 4th. Lexi Weeks set the national record today in girls pole vault at 14'7.50" at the 4th of July Freedom Vault competition in Black Springs, Arkansas, on the grounds of the same indoor facility at the Arkansas Vault Club that Lexi and her twin sister Tori Weeks train at. They took the runaway, mats, bar, standards and competition outdoors for the American holiday for once more chance to break the American high school outdoor record, which both had chasing all spring.

A record that has been held for a year now by their future college teammate at the University of Arkansas in former Texas prep vaulter Desiree Freier at 14'7.25", who set the record at that height in a silver medal finish at the 2014 IAAF World Junior Championships.

"I have had that bar on my mind all season long and I think when the bar went up to 14'7.50", another gear kicked in. I was tired of jumping over 14 feet. I was totally ready to get that next bar!" said Lexi Weeks, still on the emotional high of her national record breaking performance. 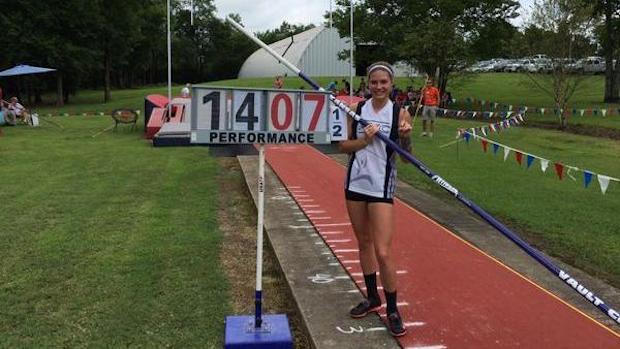 Lexi, a recent graduate from Cabot High School and New Balance Nationals Outdoor runner-up to twin sister Tori, had been in somewhat of a funk for her standards in the last month including two of her last three meets under 14 feet. Her sister Tori had been always placing second to her in competition, but went on a tear over the last month winning titles at New Balance Nationals and Great Southwest as well as taking the indoor national record away from Lexi clearing 14'4" in an indoor competition held at the Arkansas Vault Club facility in early June. Lexi was looking forward to one final competition to end her high school career on a high note.


"Well honestly, I just went into today planning to have a good time! I obviously have had 14'7.5" on my mind, but I just wanted to go have fun."

The Arkansas Vault Club facility in Black Springs has been good to the Weeks twins this year in more ways than one. They have set three national records at their home training facility. Lexi broke the national record indoors back in February with her previous PR height of 14'3.25", while Tori's 14'4" clearance indoors last month became the new US #1 all-time performance indoors. Lexi says the twins enjoy the familiarity of the runaways they train on, but most beneficial is having their club coach Morry Sanders there for all three of their successful national record attempt.

"It helps that Morry is there to coach us! At most of our meets, Morry isn't there so that's definitely a factor."

The Weeks twins seem to thrive on the drama of a last chance meet as well.

The Weeks twins started the competition today at 13'1". Unfortunately, today was not Tori Weeks day as the 2015 New Balance Nationals Outdoor champion no heighted, but Lexi kept on clearing next 13'6" and 14'1.25" before the bar was raised to a new American high school record attempt height of 14'7.50". No clearance on her first attempt, but the stars and stripes aligned for Lexi on attempt number two. She cleared it cleanly. It almost looked too easy. 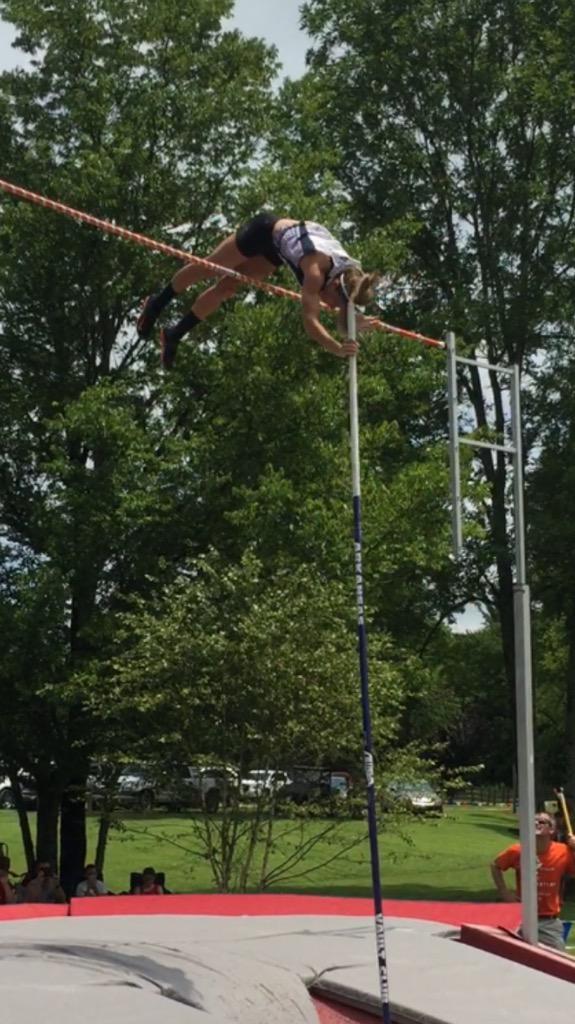 "I was shocked because I didn't even touch the bar."

She didn't have much time to react or think after landing in the vault pit as twin sister Tori was ready to pounce her with a celebratory huge in a matter of seconds. Lexi credits willing to use a bigger pole that had she only jumped on twice before today and holding it higher for the dream come true clearance. 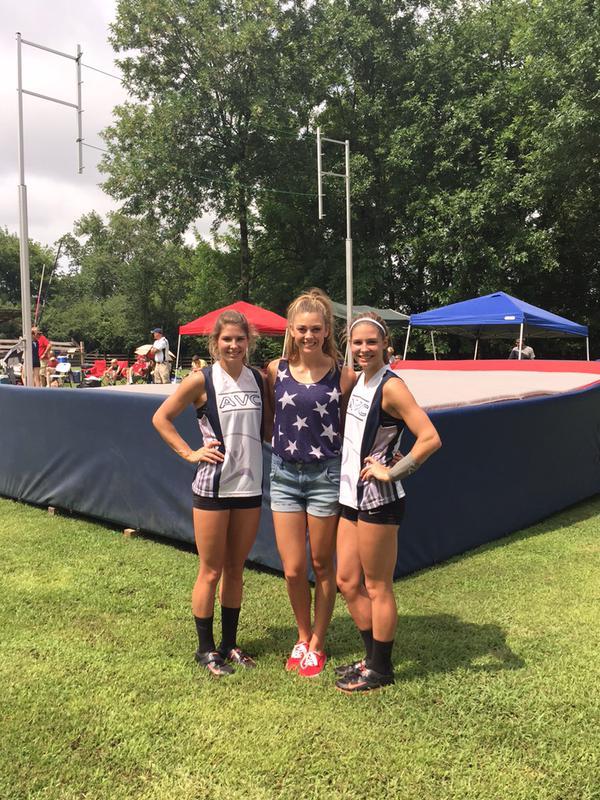 Now both Lexi and Tori move on from a high school career that sees the identical siblings sharing an equal number of national records in the girls pole vault. Both have equal bragging rights at the dinner table in the Weeks household as a national record holder.

"I couldn't ask to end it any other way. Perfect ending to a perfect season."


Lexi on what it meant to break the American record on an American holiday like the Fourth of July?

"It's pretty cool to do it on a special day like today!"


Whatever Fourth of July fireworks show the Weeks twins decide to attend tonight will scale in comparison to the aerial show that they have put on all year along and especially today by Lexi.