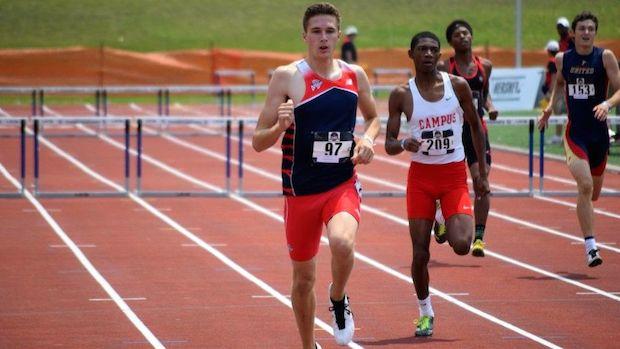 Norman Grimes, a junior at Canyon High School in Texas, is one of several U.S. athletes who qualified and have been selected by the USATF to compete in two events at the 2015 World Youth Championships in Cali, Columbia. Grimes won the 400 hurdles and was the runner-up in the 110 meter hurdles at the World Youth Trials over the past two days. (Photo by Travis Miller)

The following athletes have been selected to represent the United States at the upcoming IAAF World Youth Championships in Cali, Colombia. Only a maximum of 41 athletes were allowed to be part of this year's World Youth Team despite more athletes who met the qualifying standard and finishing top two at the World Youth Trials over the past two days in Lisle, Illinois. More info on selection process.