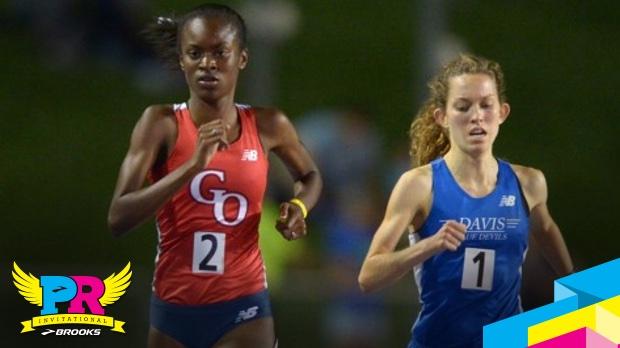 Destiny Collins and Fiona O'Keeffe are two of the top distance runners not only in the state of California, but in the entire nation.

In our latest Brooks PR Match-Up, we breakdown the PR's and head to head outcomes between one of the best distance rivalries from the state of California in juniors Destiny Collins and Fiona O'Keeffe.

The most pressing storyline between these two California phenoms took place at the California state meet two weeks ago, as Collins stole the 3200m title from a hard-pressing O'Keeffe with an impressive sub-70 second final lap. Not only that, the Great Oak junior recorded an 18-second personal best of 9:53.79 for a new U.S. No. 1 time.

On the cross country course, O'Keeffe typically gets the better of Collins as she boasts two consecutive California DI state crowns. Oddly enough, the California DI Girls Championship has featured the exact same top three for the past two years - O'Keeffe in the top spot, followed by Marissa Williams and Collins in third.

O'Keeffe, a pure cross country harrier, has also earned fourth place, All-American honors for the past two years at Nike Cross Nationals. Collins, meanwhile, has placed 40th and 34th, respectively, at the past two editions of the national meet. O'Keeffe has the better 5k best, 16:40 to 16:57, while Collins - a hard-charging racer who likes to keep the pace honest - is slightly faster in the three mile run, 15:58.3 to 16:28.5.

Both Destiny Collins and Fiona O'Keeffe will be competing at the Brooks PR Invitational in the girls two mile run on Saturday, June 20th in Seattle. Who will come out with the Fastest PR then? Watch LIVE on MileSplit and Flotrack on June 20th to find out!