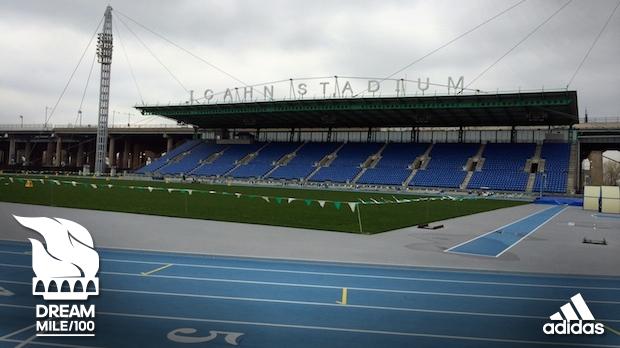 Recap: Despite a slow start by her standards, national leader Candace Hill took the reigns and pulled away from Teahna Daniels to win her debut at the adidas Dream Mile, 11.21 to 11.50. The match-up between sophomore Hill, of Rockdale County, Ga., and First Academy, Flor. senior Daniels, was highly anticipated as both athletes ran wind-aided times of 11.15 this year. Fellow Floridian Khalifa St. Fort, who is coached by Olympian and sports personality Ato Boldon, took third in 11.62. 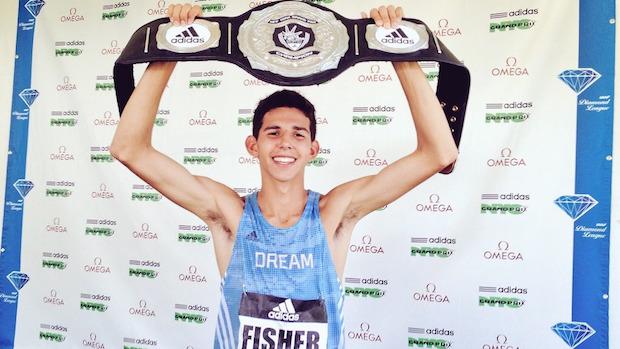 Recap: The pace went out a bit slower than anticipated, as original race plans called for a 1:58 800m and Myles Marshall brought the field through in just over 2:00. Drew Hunter of Loudon Valley, Va. took over the lead when pacer Marshall dropped out. California state champion Austin Tamagno also dropped out at the halfway point, citing sickness. Hunter led Grant Fisher and Mikey Brannigan through 1k. Within striking distance behind those three, another tight pack of Joe Klecker, Logan Wetzel and Avery Bartlett battled for position. At the bell lap, it looked as though Hunter might just steal the win. But with 200m remaining, Fisher showed off his sub-four minute mile legs with a kick that took him all the way through the line to defend his title in 4:01.73. 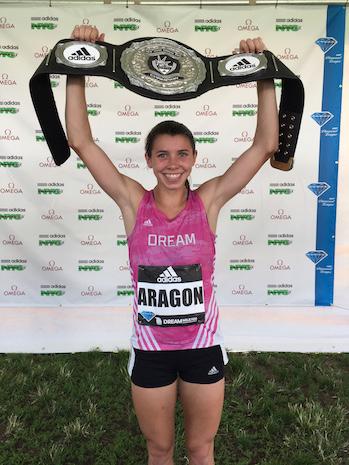 Recap: Pennsylvania state champion Marissa Sheva served as the rabbit, pacing the field through 800m in 2:20. Ryen Frazier and Julia Heymach kept themselves right behind Sheva, but it was senior Frazier of North Carolina who took a three-meter lead at halfway. Missouri state champion Hannah Long and Christina Aragon moved up into the mix, as Frazier led a pack of nearly eight girls through the bell lap in 3:29. Long fell back and Aragon proved she learned from her race at the Pre Classic, picking just the right moment at 200m to go to dart by Frazier and secure her win down the homestretch with a new U.S. No. 1 time of 4:37.91. Frazier, though she did not repeat her sister Wesley's win here, ran a new personal best in beating Wesley's high school PR in 4:38. 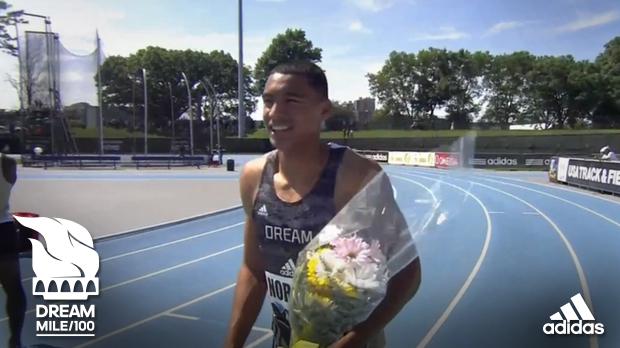 Recap: Defending national champion Darryl Haraway of DeMatha Catholic got out hard and seemed like a potential favorite heading into this race, but Michael Norman of Vista Murrieta stormed by to win in a new personal best of 10.36. The junior added the crown here to a list of accolades that includes recently doubling at the California state meet in U.S. No. 6 All-Time marks of 20.3 and 45.19.

VOTE WHO YOU THINK WILL WIN!