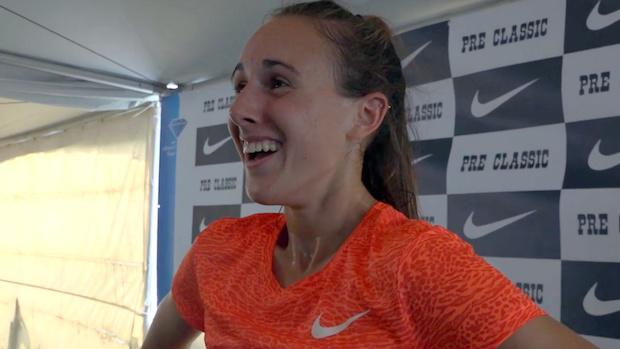 But is it a national high school record?

Efraimson is certainly a high school student, albeit a soon-to-be graduate. But she is no amateur, as 'high school' status typically implies, as she signed a professional running contract with Nike to train and compete in her sport. Media outlets from Runner's World to Letsrun.com to the Huffington Post have reported different facts since the historic run in Eugene on Saturday. 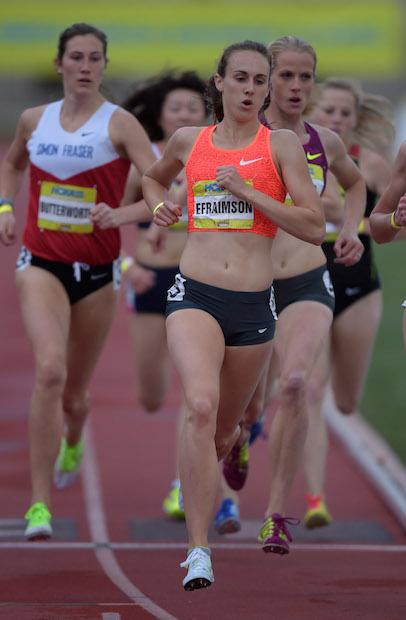 For the record... A 'junior record' refers simply to age; any athletes younger than 20 years old are considered 'juniors,' as one must be under age 20 to compete at any USATF Junior National events or IAAF World Junior Championships.

But the concept of a 'high school record' is a little bit trickier to navigate.

Mike Kennedy, who edits the High School Girls All-Time List for Track & Field News - "the Bible of the Sport since 1948" - had this to say in an email:

"[Training], it's been really good. Nike has given me a lot of opportunities," Efraimson said after her record-setting performance. "I've been training hard and even though some people didn't agree with my choice to go pro, it's different for everybody and so far, it's been working out for me."

MileSplit also does not include professional athletes in the database rankings, no matter their age or grade in school. The entire debate on including or excluding professional high school runners was not part of any conversation until Cain turned pro as a senior in 2013. By then, she had already qualified to compete on the senior level for Team USA. That moment came without precedent and that school year, MileSplit included her times in the national rankings database. So, too, this winter, were Efraimson's marks initially included on the MileSplit network database.

The Camas, Wash. star, who accompanied fellow prep standout and sub-four minute miler Matthew Maton to his prom just a few weeks ago, is not currently included in any MileSplit rankings.

The intents and purposes of the MileSplit rankings are to track amateur high school students. By signing a professional contract, Efraimson gave up her amateur status.

The 4:03.39 stands as the American junior record and as Letsrun.com pointed out, both Efraimson and Cain have time left - two years and one year, respectively, to whittle it down even lower.

But it is not a high school record.

Disagree? Vote in the poll and let us know what you think in the comments below.