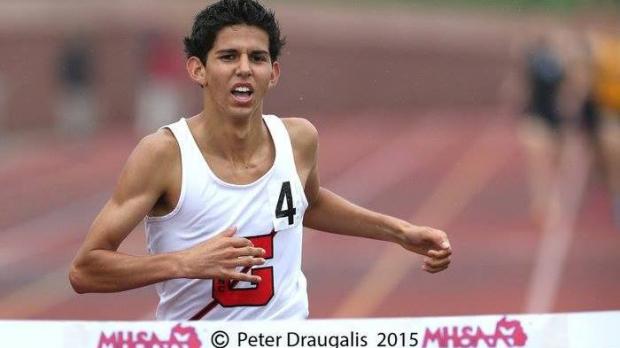 By Taylor Dutch For Flotrack

After running 4:00.28 at the Michigan state meet this weekend, high school star Grant Fisher will take another stab at the four-minute mile barrier this weekend in the Nike Festival of Miles.

The recent Grand Blanc High School graduate will attempt to break four minutes in the Saint Louis Track Club Men’s Mile that includes Jordan McNamara, Jack Bolas, Tommy Schmitz, Stephen Pifer and many other notable professionals, according to the Nike Festival of Miles board of directors.

If Fisher completes the goal, he will be the seventh high schooler ever to break four minutes in the mile.

This weekend Fisher came close to the elusive mark after running 4:01.66 in the mile and following the performance with a 8:53.41 in the 3200m at the Michigan state meet. In his attempt to break the mile mark, the race directors at Rockford High School set up another finish line tape for Fisher to cross nine meters after the original 1600m finish, MileSplit’s Brandon Miles reports. Running solo the entire race, Fisher just barely missed the mark, but the time now stands as a new Michigan state record.

At the Nike Festival of Miles, Fisher will be paced by rabbit Daniel Stockberger of Team Indiana Elite who is instructed to take the field out to 1200m in 2:55, well under four-minute mile pace. In the 2014 Nike Festival of Miles, returning champion Jordan McNamara blasted a 3:54.27 to win the event in the fastest mile ever run in the state of Missouri.

Fisher’s attempt will go down live on FloTrack Thursday at 8:50 p.m. CT. 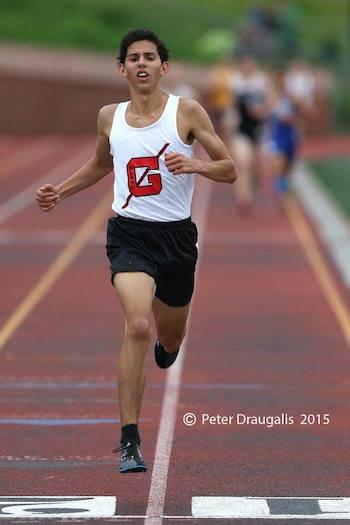 SAINT LOUIS (MO), -- June 1, 2015 - The Festival of Miles Foundation has announced a late addition to this year’s Saint Louis Track Club Elite Men’s Mile field. Grand Blanc High School senior Grant Fisher, coming off a 4:00.28 for 1600 meters on Saturday, will compete against a field of professionals on Thursday night June 4 at the eighth annual Nike Festival of Miles to be held at Saint Louis University High School.

The festival of Miles has seen sixteen total sub-four-minute-miles since 2009 and if Fisher can add to that list he will become just the seventh American high school student ever to break the magical barrier. The legendary Jim Ryun was the first to do it, way back in 1964. His high school best of 3:55.3 stood as the National Record for 36 years until Virginia's Alan Webb ran 3:53.43 in 2001. To become the third fastest ever, Fisher would have to dip under 3:59.38, and based on recent results, it certainly seems possible.

Fisher's coach Mike Scannell was very pleased with his pupil's record-breaking performance at Saturday's Michigan State Meet where not only did Fisher run 4:00.28f or 1600 but also 4:01.66 for the full mile. State officials had setup a clock at the 1609 meter mark for the occasion.

"Grant ran really well at the state meet overt the weekend and we're excited to come to The Nike Festival of Miles and toe the line," Scannell said. "I'm happy he has this opportunity to race in such a great field." Fisher will have plenty of competition on Thursday, namely from former Festival of Miles Champions Jack Bolas and Jordan McNamara. Last year, McNamara set the meet record of 3:54.27. Other top competitors include Tommy Schmitz and top U.S. marathoners Aaron Braun and Tyler Pennel. 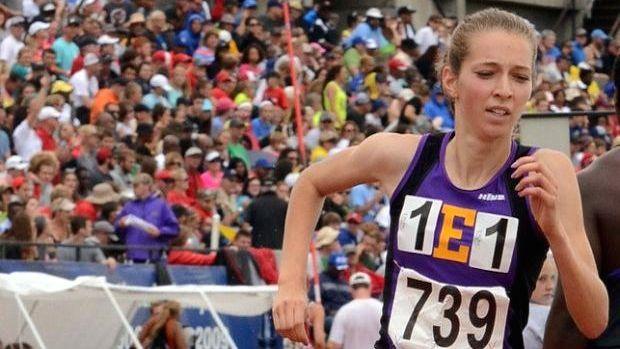 Fisher will not be the only high school athlete competing against the pros at the Festival of Miles. Eureka (MO) High School star Hannah Long will be running in the UMB Bank Women's 800 meters. Long, who split 2:06 at the Missouri State Meet in the 4 x 800 meter relay, will face LaTavia Thomas who boasts a best of 1:59 and Lauren Wallace who won the 2015 USATF Indoor title at 1,000 meters. 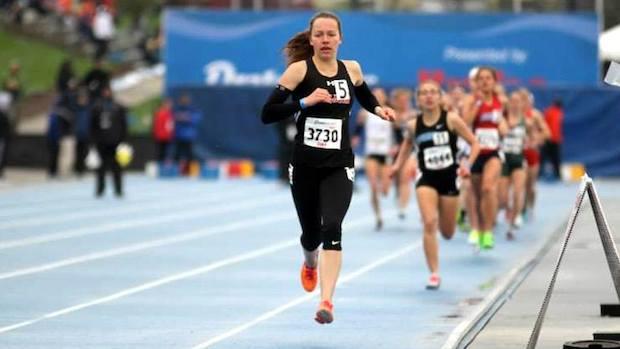 The Festival of Miles will be broadcast live on Flotrack.com beginning at 7:00pm CST on Thursday, June 4. Tickets are available online at stlfestivalofmiles.com or at the gate. All proceeds from ticket sales go to the 2015 Festival of Miles athlete in need, Brian Ott, who has been battling cancer since the age of three. Since 2008, the Festival of Miles has raised more than $38,000 for local athletes in need.

About Festival of Miles

The Festival of Miles foundation is a non-profit organization whose mission is to promote the sport of track and field and give back to athletes in need. The Festival of Miles is a track meet featuring 2.5 hours of non-stop action with youth and middle school races, high school races showcasing some of the nation's top talent and pro races featuring Olympic level athletes. Each year all proceeds from all proceeds from ticket sales go to an athlete/athletes in need.