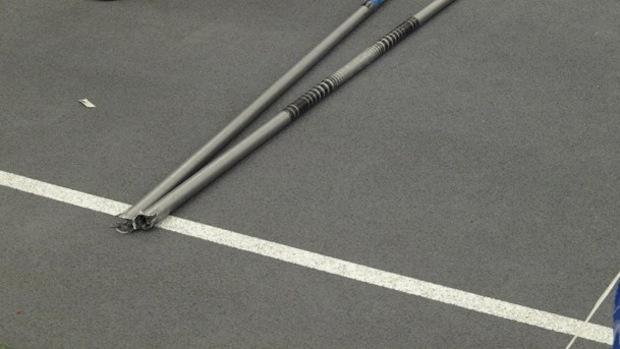 Hartland High School pole vaulter Alex Lindahl was impaled by his own pole on Tuesday afternoon when the implement snapped during the Larry Steeb Memorial Meet of Champions, according to the Livingston Daily.

The pole struck Lindahl's orbital bone. He was rushed to the University of Michigan Medical Center at 3:30 p.m., where he received 40 stitches in his eye during a five-hour surgical procedure..

"Luckily, doctors were able to fix his eye, but it's whether or not his vision will fully be back to normal is the question," said Jason Reck, Hartland athletic director, told the Livingston Daily. "We are fortunate that the Dexter coaches reacted so quick to rush him to the hospital and that University of Michigan acted as quickly as they did."

Lindahl is at home recovering.

Pole vault has garnered attention in the past for the tragic deaths of several elite preps, including Penn State sophomore Kevin Dare in 2002. Dare, the 2001 USATF Junior National Champion, passed away after landing on his head at the 2002 Big Ten indoor championship.