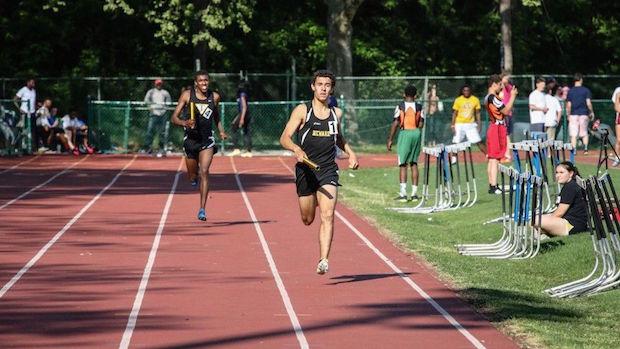 The month of May smells like state meet season. The hyper-competitive post-season in the behemoth states of Texas, California and New York will all launch within the next few weeks, but the New Castle County Championships in Wilmington, Delaware may be the most competitive local level championship that you've never heard of.

This past weekend at the meet, Kieran Tuntivate of Wilmington Charter broke the Delaware State Record in the 1,600m for a third time this season in 4:11.71. The five-time DIAA State Champion broke the field open with a 64-second penultimate lap and 56-second final quarter. A state record seven runners broke 4:20 in the event.

The time ranks U.S. No. 24 on the outdoor leaderboard. Tuntivate, who will attend Harvard next year, ran 4:12.58 for the full mile in placing fifth at The Penn Relays. 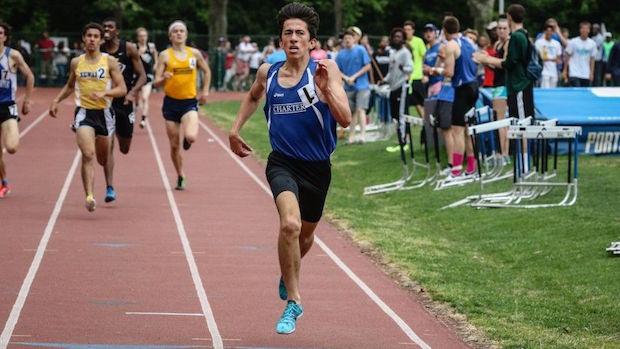 The man of the meet may have taken just runner-up honors in that race. Jarod Wilson ran 4:13.93 to break a 43-year-old Newark High School record previously held by Delaware distance legend Jim Bray at 4:15.7. Senior Wilson, headed to MIT next year, bookended the championship meet with impressive splits of 1:49 in the 4x800m and 48.3 in the 4x400m for two of the most exciting walk-downs in meet history.

The Boys 4x800-meter relay, the first event of the day, quickly boiled down to Ward's Newark team and distance powerhouse Tatnall. Tatnall was first to the final exchange at just a hair under six minutes, with 1:52 man Ben Boswell on the anchor. He received the baton with about a two-second lead ahead of Wilson, whose open PR in the event is just 2:01 this year.

Forward to the 6:00 mark to watch the final exchange and Wilson walk down 1:52 man Boswell with a 1:49 anchor leg.

No prep has broken 1:50 in the open 800 meters thus far this year. Wilson's time, albeit a relay split, makes him a possible candidate to take down one of Delaware's longest-standing track records - 1:49.5 in the 800 meters, set by Bruce Harris of Dover in 1984.

Wilson opted not to run the open 800m, leaving Boswell to win by four seconds with a time of 1:54.

The last event of the day saw Newark contend with Glasgow for top honors in the 4x400m. Again, Glasgow was first to the final exchange and handed off the baton with about a two-second lead on Wilson. But no gap was insurmountable that day to relay MVP Wilson, who cruised a 48.3 anchor leg for the win, 3:23.32 to 3:24.91 over Glasgow.

Forward to 2:45 to watch the final exchange and Wilson walk down Glasgow with a 48.3 anchor leg. 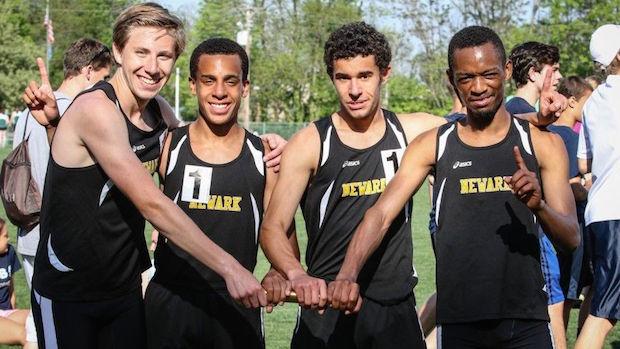 The Newark boys swept the 4x800m and 4x400m relays, thanks to monster anchor legs from senior Jarod Wilson (pictured third from left).

On the girls' side, seven-time DIAA State Champion Maiya Dendy led Padua Academy to their fourth consecutive team title. The University of South Carolina-bound senior, who holds state records in the 100m, 200m and 400m dating back to 2010, continued her comeback from an ongoing hamstring injury and won the 200m (24.44) and 400m (56.85). 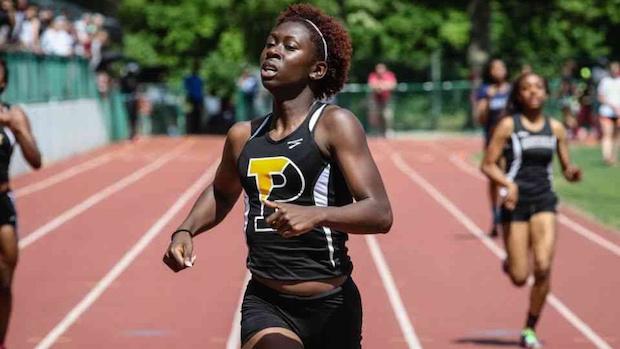 She was the fastest qualifier (11.883) in the 100m prelims, but a false start gave Najiya Cornish (Ursuline) the win in 11.89. That time makes the freshman No. 3 All-Time in Delaware state history. 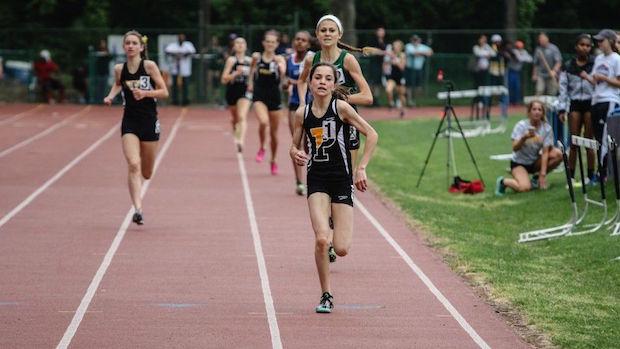 Dendy's teammate, Lydia Olivere, is another freshman on the rise. The state cross country champion used a devastating kick to win the 1,600m in a PR 4:57.79, which makes her the sixth-fastest freshman in the nation. She beat out 3,200m champion Colleen Carney (Archmere), who won the 3,200m in 10:45 on Friday night.

The Delmarva athletes will compete at the University of Delaware this weekend at the DIAA State Championship.