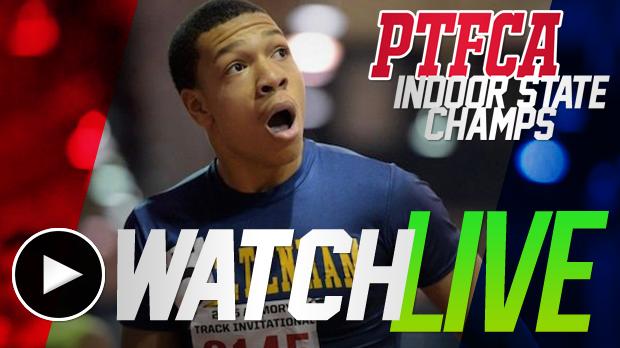 For the second year in a row, the PTFCA Indoor State Championships will be streamed LIVE exclusively on MileSplit from State College, Pennsylvania. The best from PA will all converge at Penn State University's 200 meter banked Horace Ashenfelter Indoor Track Facility to determine the state champions from the 2015 indoor season on Sunday, March 1st!

By becoming a MileSplit Insider today, one get full access to the entire LIVE stream of the 2015 PTFCA Indoor State Championships along with archived race videos to be uploaded after the event. Additional perks of signing up as MileSplit Insider include gaining full access to MileSplit's database of stats and rankings as well as other future and past premium meet coverage (race videos & photos) and content (articles). PennTrackXC.com, a MileSplit affiliate, will have comprehensive coverage of this year's Pennsylvania State Indoor Meet including not only the live feed and race videos, but interviews, photo galleries, stories, field events video coverage and meet updates. 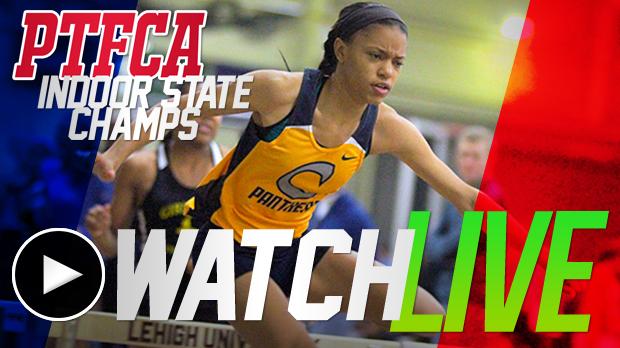 One of the top moments from last year's state meet was Brianna Schwartz collapsing before the finish line of the girls mile (Watch The Race HERE), but still able to crawl her to the finish line for a US #2 time of 4:42.58. Unfortunately, Schwartz has pulled out of the meet this week due to injury, but this meet is still loaded with big names and expect many US top 5 performances!

Top girls individual billing may belong to Ciara Leonard of Cheltenham, who earlier in the season became a national leader in the 60 hurdles with a 8.47 at Penn State University for the Kevin Dare Invite. She is currently ranked #4 in the nation in the event and is a returning New Balance Nationals All-American.

US top 10 caliber girls on the track include Chanel Brissett, Taylor Chapman and Brooklyn Broadwater in the sprints. Brissett and Chapman should be a great duel in the 200!

Sarah Walker of Germantown Friends has been a national leader earlier this season in both the 600 (1:32.20) and 800 (2:10.54). She might be the top performing girls middle distance runner in the country currently this winter having secured big wins earlier in the season at the Yale Track Classic in the 800 as well as the Armory Track Invitational in the 600. 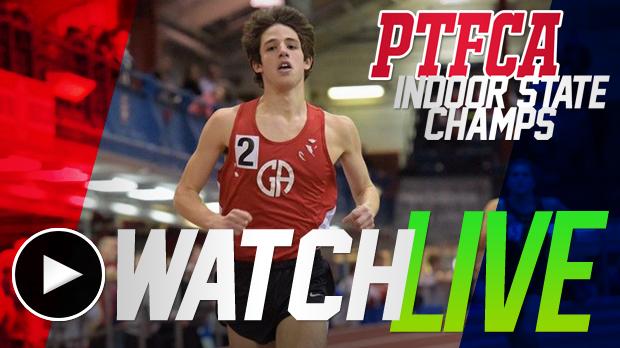 Top athletes to watch in the boys races including Germantown Academy distance runner Sam Ritz, who has ran in many big-time races this winter and performed well including 3 notable wins at the Armory in the Bishop Loughlin Games 1000, Marine Corps Holiday Classic 800, and Millrose Games Trials mile. Ritz is currently US #3 in the 800 (1:52.81), US #5 in the 1000 (2:27.28), and US #7 in the mile (4:10.50). Ritz will attempt to do the difficult distance double of the mile and 800 on the same day this Sunday at the PTFCA Championships.

Check out PennTrackXC.com all week for complete pre-meet news, hype, and coverage leading into the 2015 PTFCA State Championships. Watch the Michigan State Meet LIVE on Saturday then check out the Pennsylvania State Meet LIVE on Sunday. An exciting weekend of live events on MileSplit.com for sure!

10:00 AM: One event follows the other with no breaks in time. All events Girls then Boys.

FIELD EVENTS: Begin promptly at 10:00 AM