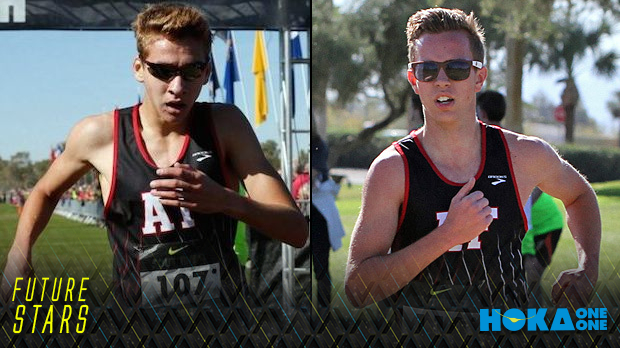 The future is bright for the American Fork boys program, so bright that these two guys have two wear sunglasses every time they race! Casey Clinger (14:58 5K PR) and McKay Johns (15:08 5K PR), both sophomores at American Fork High School in Utah, had equally strong enough seasons to both be selected to the Future Stars of XC first team!

The XC season has been completed and it is time for MileSplit to select 21 sophomore boys as part of the Future Stars of XC Team presented by Hoka One! Check out the 21 top sophomore boys XC performers nationally from the 2014 cross country season below split into a first, second, and third team of Future Stars.