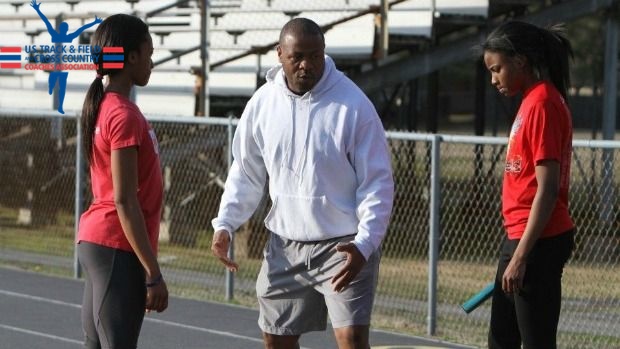 One boys coach and one girls coach from each of the 50 states – as seen in the lists below – were honored for their successes during the 2014 track & field season, as selected by a committee of experts from around the nation.

The winners from each state are in consideration for the association’s first-ever National High School Coach of the Year award. Selected by a panel of track & field experts, one boys coach and one girls coach from among all the states will be announced later this month as the national winners.

"We’ve established a tradition of recognizing our nation’s top collegiate coaches on a yearly basis, and we felt it was time to shine the spotlight on our best coaches at the high school level," USTFCCCA CEO Sam Seemes said.

"As a professional coaches association, we deeply value the excellent work being done by high school coaches around the country, embodied by all of today’s award winners. They are not only preparing student-athletes for their next competitions but, more importantly, the next steps along their paths to adulthood."

State-by-state winners were selected based on their teams’ performances throughout the 2014 track & field season. Among the factors taken into consideration were team score and placement at the state championships, the number of different events in which student-athletes were qualified, individual championships, and how their teams’ performances stacked up to previous years (ex. First title in school history, consecutive titles, etc.).

"This is the most prestigious award that a high school coach could ever attain," National Senate of High School Track Coaches Associations Executive Chair Don Helberg said. "I am so happy and proud that USTFCCCA has added this award to the collegiate awards they already present."

An inaugural High School Coach of the Year award for cross country will be bestowed during the upcoming 2014 season.

BOYS COACHES OF THE YEAR BY STATE

GIRLS COACHES OF THE YEAR BY STATE