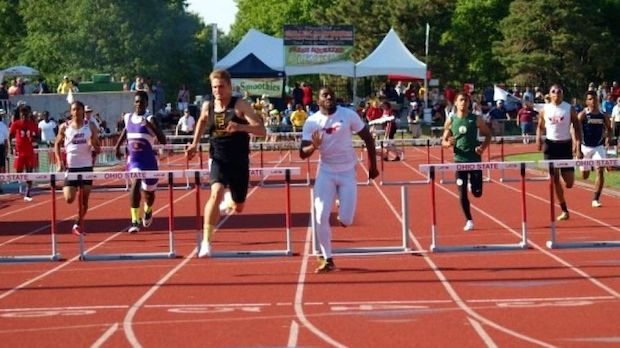 One of the top races from the Ohio State Meet this past weekend in Colubmus came in the Division 1 boys 300 hurdles finals between Steele Wasik and Davon Anderson. Anderson, the 110 meter hurdles champion earlier in the day, held a slight edge going into the final set of hurdles, but clipped the last hurdle while Wasik cleared cleanly to garner the win in a US #2 time of 36.31. Two of the top 5 times in the country came from the race with Anderson as runner-up in US #5 36.39. (Photo by Mark Stonecipher)

Vote for the MileSplit US top boys national performer from the June 7th weekend of meets. Voting closes on Thursday, June 12th at midnight (ET) and we will reveal this week's poll winner next Monday in the newest poll article.