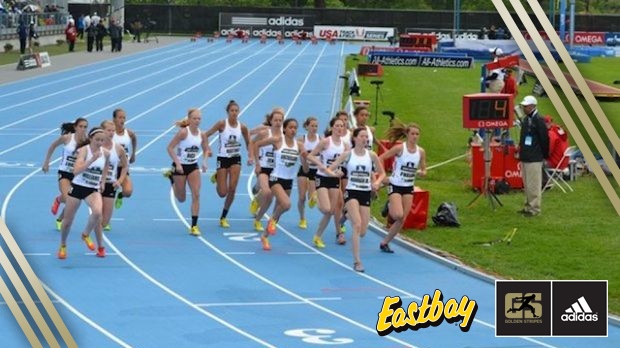 Tickets for the event, which is marking its 10th year of bringing the world’s top athletes to Icahn Stadium on Randall’s Island, are on sale now at www.adidasgrandprix.com or by calling 1-877-849-8722.

Jenks, a sophomore, is the 1600-meter champion of the 2014 Kansas Relays. She was runner-up at 5000 meters at the 2014 New Balance Indoor National Championships and fifth in the mile, and has qualified for the Youth Olympic Games later this summer in the triathlon.

Alexa Efraimson (Camas, WA), who recently ran 4:33.29 to break the U.S. high school record for 1600 meters, has opted to test her skills at 1500 meters in the women’s open race against a field that includes 2011 IAAF World Champion Jenny Simpson. Elise Cranny has withdrawn from the event.

Challenging Jenks in what is shaping up to be an exciting race in which anyone could emerge victorious will be:

The adidas Dream Miles and Dream 100 races will be shown live on USATF.TV between 3 p.m. and 4 p.m. EDT, and will be shown in capsule form on NBC Sports Network, which will broadcast the meet live from 4 p.m.-6 p.m. EDT. USATF.TV will resume coverage of the meet from 6 p.m.-6:30 p.m., before its “Cool Down” show begins.

The sixth stop on the international IAAF Diamond League circuit, the adidas Grand Prix is in its 10th year at Icahn Stadium, in conjunction with the Randall’s Island Sports Alliance. The latest news, photos and information on the event can be found atwww.adidasgrandprix.com; on Facebook; and on Twitter.