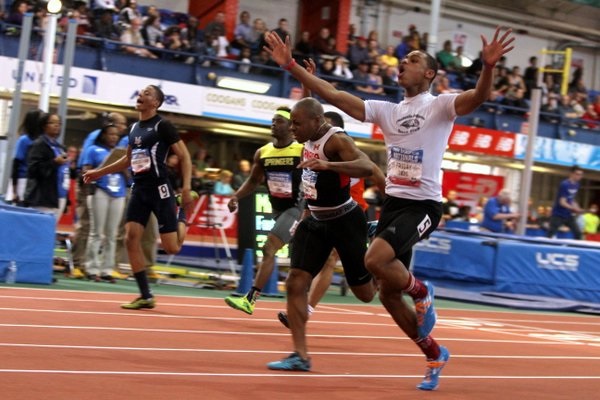 Any NASCAR fan will tell you that North Carolina is the center for speed in their favorite sport.

Trentavis Friday is lobbying hard that the Tar Heel state also deserves recognition for the speed of its track sprinters.

Based on his performance Sunday at the New Balance Nationals Indoor, Friday probably won a few converts. The senior from Cherryville was the class of both sprint fields, putting his name in the record books in the 60- and 200-meter dashes en route to convincing victories.

“We want this 60 to stay in North Carolina,” Friday said after he defeated two fellow North Carolinians and six other sprinters with a US#2 time of 6.64 seconds that also tied The Armory record. “People sleep on us because we really aren’t Florida, Texas or states like that. I think with this win, people will say North Carolina is here for any race.”

Toronto’s Andre Ford-Azonwanna was second in 6.67, while Darryl Haraway of Upper Marlboro, MD., was third in a T-US#3 6.76. Charlotte’s Quashawn Cunningham supported Friday’s NC cause with a sixth in 6.84.

“I stayed in the zone all day,” Friday said after the 60. “I couldn’t really sleep at night because I was so excited. My whole mindset was focused on this race.” 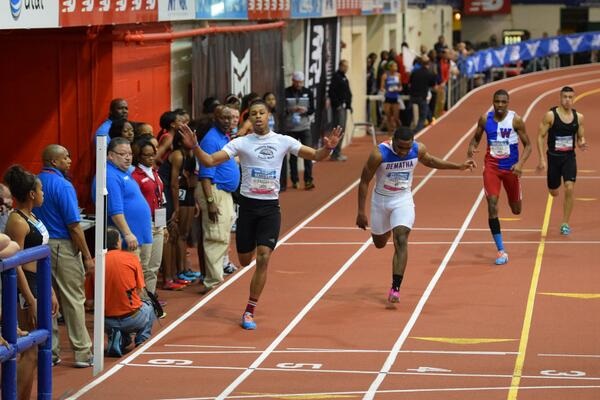 If his straightaway performance wasn’t enough to win you over, then Friday’s effort in the one-lapper surely did.

Running in the second of two final heats, Friday had the second-fastest qualifying time and drew lane 6. He trailed Haraway by about 1.5 meters entering the final straight but powered past to a scorching 20.97 clocking that is US#1 for 2014 and No. 2 on the all-time list.

Haraway closed for the runner-up spot in a US#2 21.15. Cunningham was again sixth in 21.84 as the Tar Heel sprinters won a total of four medals and had five in the finals.