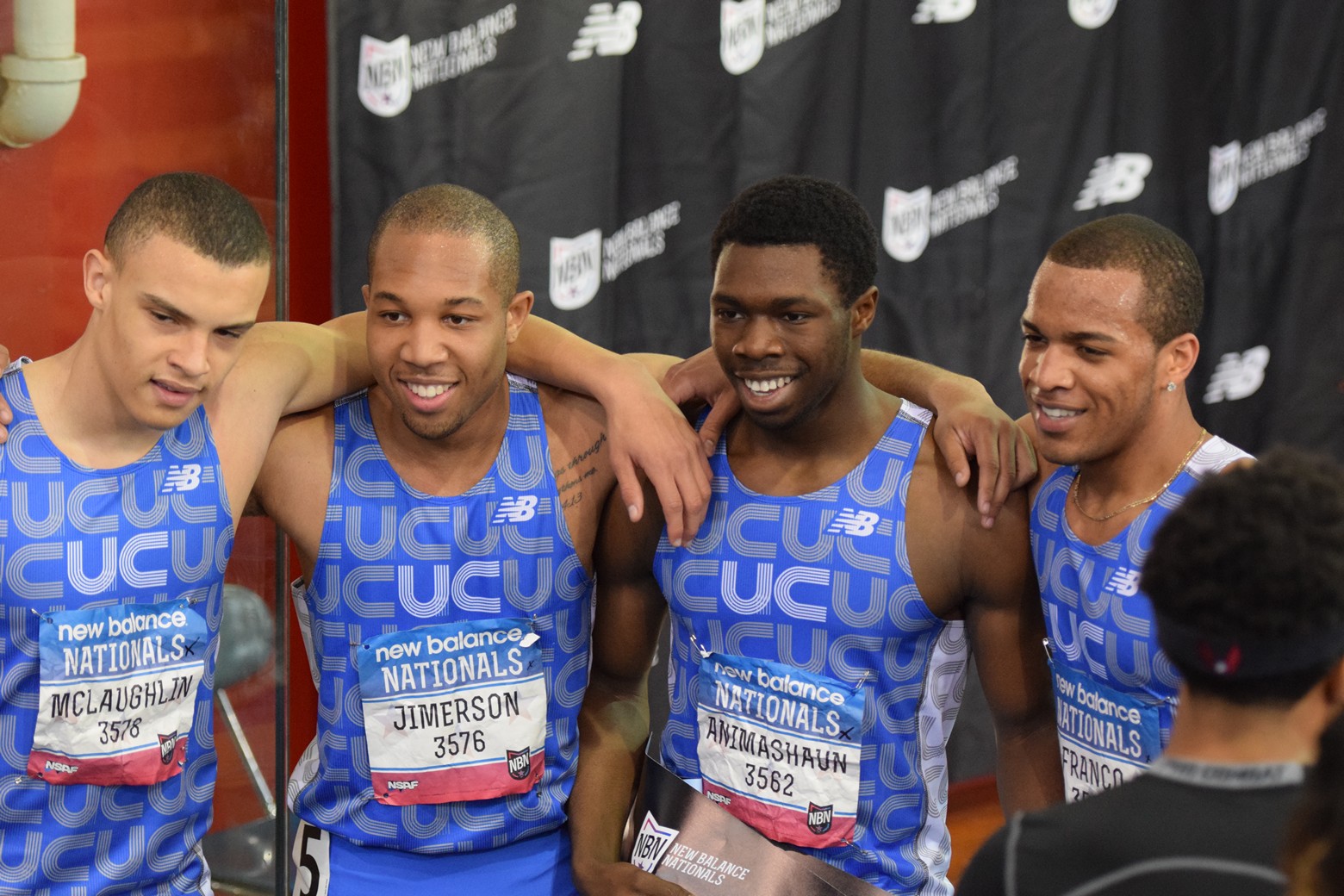 Sunday was the time to tidy up any loose ends or unfinished business from the 2014 indoor season, and one of the nation’s best relay teams definitely had some missions to accomplish on the final day of the New Balance Nationals Indoor.

One day after failing to strike gold in two other relays, Union Catholic of New Jersey stormed its way to national titles in both the 4 x 200- and 4 x 400-meter relays.

“We were trying to win all four,” senior Jordan Jimerson said of Union Catholic’s lofty relay goals. “We didn’t win (the sprint medley), and we were coming into (the shuttle hurdles) US#1 and we got second."

“We’ve got to come and win something. So we came in today (and said) this is going to be our day. We came, and we accomplished what we wanted to accomplish.”

The Vikings opened Sunday’s finals with a dominating performance in the 4x200. Going wire to wire, the team of Jimerson, Taylor McLaughlin, Steve Franco and anchor Obafemi Animashaun backed up their top seed by running a US#1 and No. 4 all-time clocking of 1:27.04. Motor City of Michigan was second in a US#2 1:27.79, while Bowie, Md., was third in 1:29.89

“The second leg has to bring it in and turn right here so it’s important that he’s in good position so he doesn’t have to go through all that traffic,” Jimerson said of the significance of his lead-grabbing opening leg in Union Catholic’s meet-record victory. “When you are in all that traffic, you don’t know what can happen. Somebody could fall (or) knock the baton out so you are out. (You need to) give him a good lead so he is comfortable running his race.” 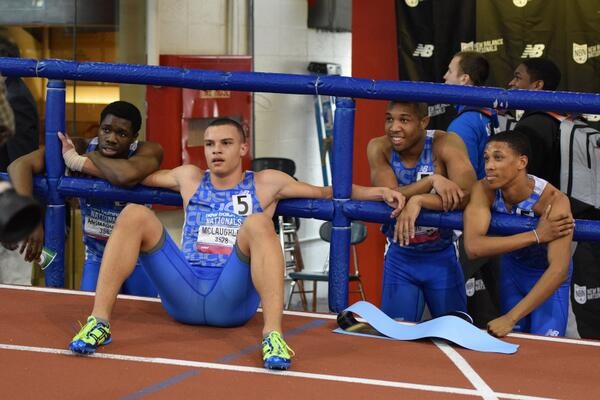 In the meet-ending 4x400, the Vikings put together another victorious performance, taking the lead on the third leg of a US#1 3:15.53 as the foursome of Animashaun, Jimerson, Kenny Evely and McLaughlin crossed first. Old Bridge of New Jersey was second in a US#2 3:16.48, while Cheltenham, Pa., was third in a US#5 3:19.71.

Laughlin, who was a member of all four relays, still showed signs of his punishing crash at the finish of the shuttle hurdles, with a sprained right wrist still wrapped in an elastic bandage, swollen ankle and “track rash” on other parts of his body. 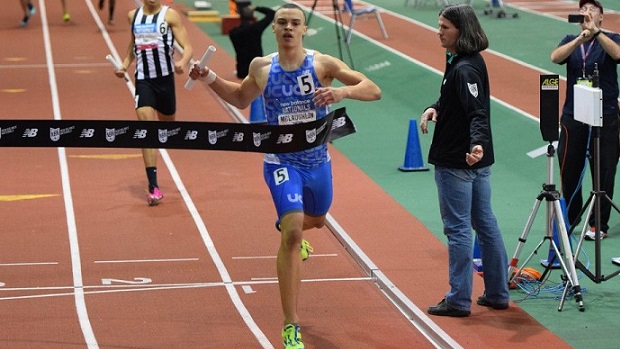