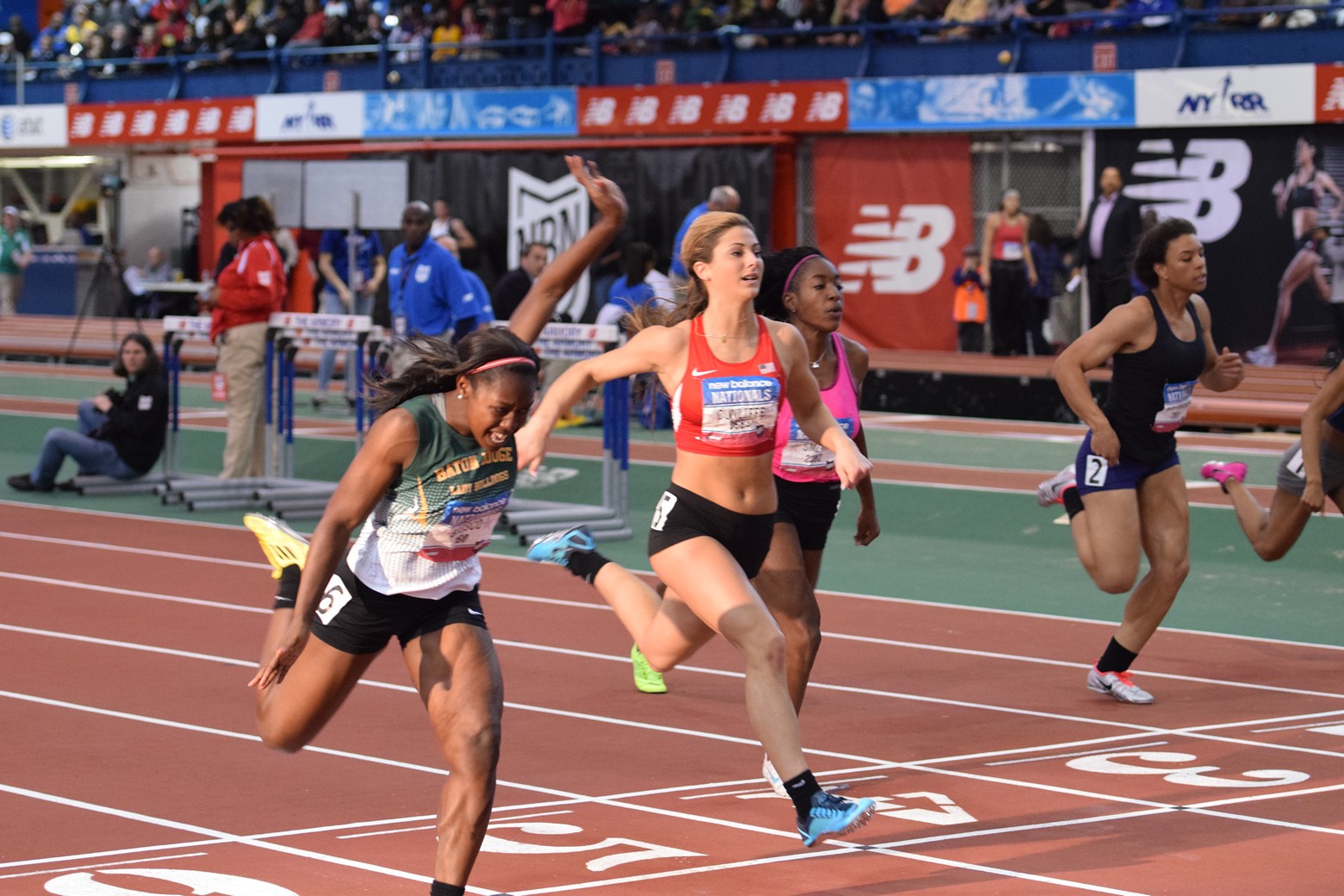 Mikiah Brisco is one of those athletes that some may envy.

The senior from Baton Rouge, La., is among the best nationally in the hurdles and the sprints, two events she competed at this past summer at the IAAF World Youth Games in Ukraine.

With the 60-meter dash and the 60m hurdles held back-to-back at the New Balance Nationals this weekend, Brisco had a choice to make. Should she run the dash or the hurdles?

It appears as though she picked the right one.

With a solid start out of the blocks in the 60m dash, Brisco overtook Washington’s Hannah Cunniffe of Federal Way midway into the race and powered her way to the finish with a new meet record and nation No. 1 of 7.26 seconds. Cunniffe secured second at 7.30 (US #2), while Caitlin Smith, a senior from Birmingham, Ala., settled for third in 7.40 (US #3).

“Coming into the finals I knew I had a lot of competition from the World Youth team that I competed with,” said Brisco, who joined Cunniffe and fourth-place finisher, Maryland’s Shania Collins of Huntington (7.46), in Ukraine. “My main focus was getting a good start, and that’s what I did. Hannah came up before me but in the middle I kind of came up, corrected my form and finished the race.”

Brisco, who copped the 60m hurdles and the 55m dash at the state meet in February, admitted her summer experience at the World Youth Games was a big reason why she was standing at the top of the podium at NBN. Another one of her teammates was Colorado’s Dior Hall of George Washington, the 60m hurdle champion at the nationals.

Of course, setting a meet record made the afternoon even more special.

“It really is because this is my senior year,” she said, “my last indoor meet in high school so that was the icing on the cake to finish it with a meet record.”