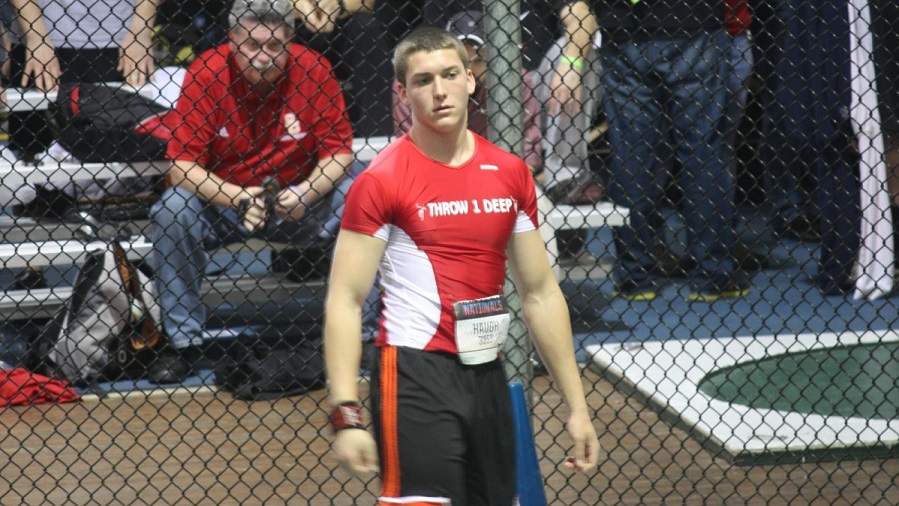 After a concussion forced him to give up the sport of football as a tenth grader, Daniel Haugh quickly found a new sport which he was the one doing the pounding in throwing metal implements great distances in the throwing events of track & field. In a two year span, Haugh has elevated himself to be the nation's best in the weight throw. Last month, the St. Pius X High School (Atlanta, GA) senior and member of the incredibly successful Throw 1 Deep club, launched a US #1 mark of 78'5" at the KYA High School Indoor Classic in Johnson City, Tennessee.

Next week, Haugh will travel a great distance again to compete with his Throw 1 Deep club teammates and coaches out to his favorite meet of the indoor season at the Simplot Games in Pocatello, Idaho. The final meet on Haugh's schedule is one that he anxiously is looking forward in the opportunity to improve upon his 6th place All-American finish last year and this year earn a national champion ring at the New Balance Indoor Nationals in the weight throw. Outdoor season will start warming up at the same time as indoor nationals down in Georgia for Haugh to finally get his hands on his favorite implement and event in the hammer throw. MileSplit US interviewed Haugh as he gears up for his final month of competition this indoor season. 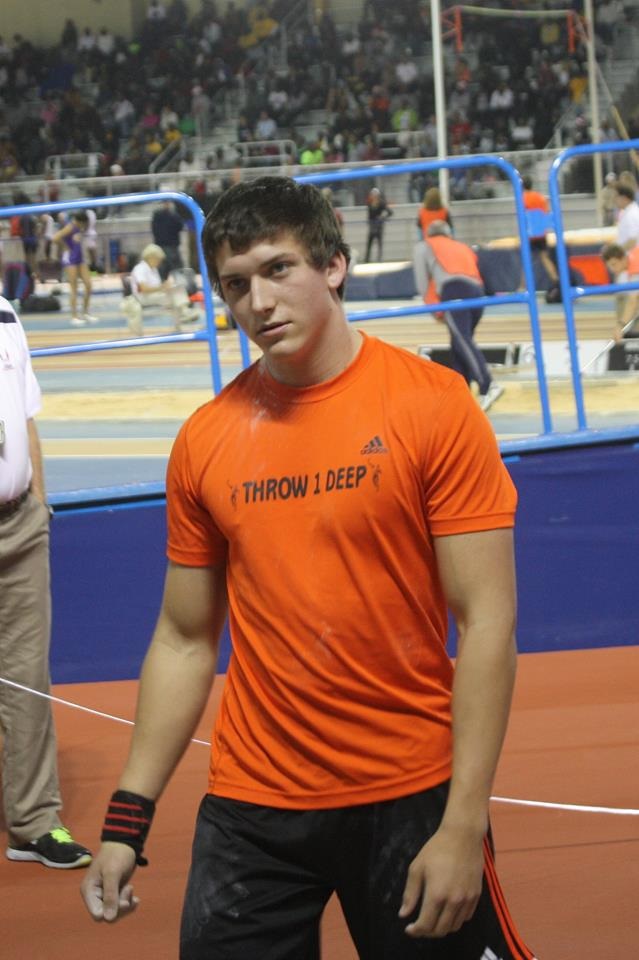 MileSplit US: How did you first get started and introduced to throwing?
Haugh: I first started throwing sophomore year after I got a really bad concussion playing football and was forced to quit. So I had to find another sport to do besides football. One of my friends was on the track team and was a thrower at the time and told me I should pick it up so I did and I never looked back. My first meet I threw a HUGE 107ft in the discus.
MileSplit US: What is your favorite throwing event and why among the four that you compete in during indoor and outdoor?
Haugh: My favorite event is definitely the hammer. The hammer is my favorite event because it goes the furthest. It also requires a lot of attention to details to make it go far. When it does, there is no better sight to see.
MileSplit US: You have to travel quite far to find indoor meets to compete in the weight throw. What has been your favorite out-of-state meet or place that you have had to travel for a competition?
Haugh: My all time favorite indoor meet is The Simplot Games in Pocatello Idaho.
MileSplit US: You are also part of the Throw 1 Deep track club which annually gathers some of the best throwers in the Southeast Region and travels to many top indoor meets during the winter as well as travels to several meets during the summer. How did you discover/join Throw 1 Deep and what advantages do you see with being part of the club?
Haugh: My friend and former St. Pius teammate, Kyle Johnson (now competing at Wake Forest) told me about the club that he was currently a member of. After attending a few mini camps at Throw One Deep, Coach Mike Judge invited me to join the team. I then improved my 107ft throw in the discus to 158ft my first season. This allowed me to win the region title and place in the state finals. The advantages of being a member of the Throw One Deep club have been endless. Coach Mike Judge and Coach Ronda Broome work tirelessly with the athletes in the weight room and in the circle, providing us with the benefit of their knowledge and expertise. I consider Coach Mike and Coach Ronda my mentors not just in throwing but in life. Joining Throw One Deep took me on a path that I never would of expected.
MileSplit US: What performance or achievement have you been most proud of so far in high school?
Haugh: My most proud achievement so far in high school would be December 21, 2013, when I broke a 5-year old state and national record in the 25# outdoor weight throw. My mark was 25.20m (82'8").
MileSplit US: You finished sixth place for All-American honors in the weight throw at last year's indoor nationals. What did you gain out of that experience and meet?
Haugh: I gained that I need to take better care of my-self, health wise. I was sick with sinus and ear infections. So I did not perform at my optimum level. This year I am being more diligent about staying healthy.
MileSplit US: You are currently ranked #1 in the United States in the weight throw, but currently have two worthy challengers between Adam Kelly from Rhode Island and Logan Bryer from Ohio. How do you feel about your chances to compete for a national title this year and looking forward to compete against those guys at season's end?
Haugh: This year I have been focusing more on the 35# weight to qualify to go to USA Indoor Nationals in Albuquerque, New Mexico to compete with the big boys. This year in the high school indoor meets I have picked up the 25# weight without training for it and have thrown 82ft and 78ft. As high school nationals approaches I will start picking up the 25# more frequently in practices and meets. I am feeling confident about high school nationals with high hopes. I always enjoy competing with Adam and look forward to competing with Logan. These two guys are excellent athletes and will for sure put big marks out there this year. 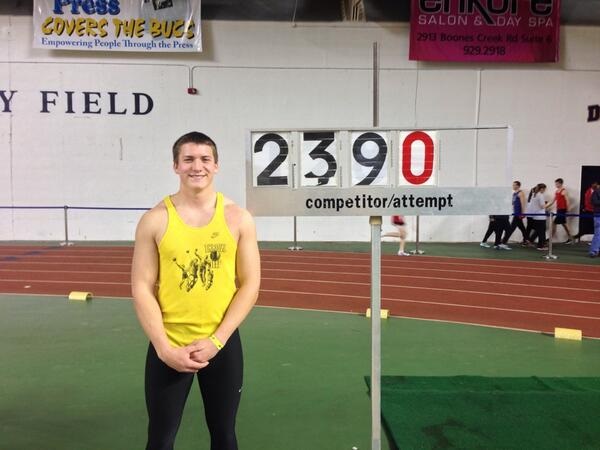