The orange crushed, and the blue blazed.

Bunched near the front, those brightly colored uniforms left little doubt about the top performing groups of runners Saturday in San Diego. 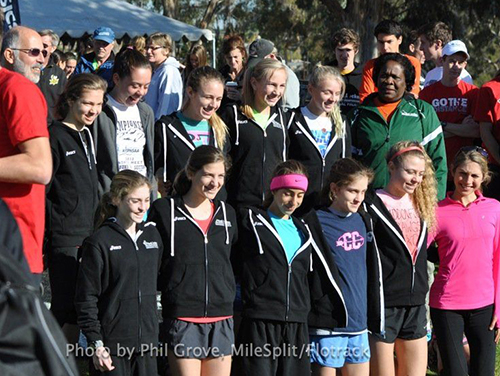 In the team competitions at the Foot Locker National Finals, the West boys and Northeast girls both placed four runners in the top six to easily claim the top spots in the standings.

Led by national champion Tessa Barrett of Waverly, Pa., the Northeast had five All-Americans and a thrifty 26 points to lead the girls’ team competition. The West was next with 49, followed by the South (66) and Midwest (70).

“That was incredible, that was so incredible,” Barrett said of sophomore Hannah DeBalsi (2nd) and juniors Anoush Shehadeh (4th) and Brianna Schwartz (6th) joining her near the top of the results. “The Northeast just had a great day.”

The Northeast also featured freshman Briana Gess (13th) in the All-American ranks as the team proved up to its pre-race billing. Eight of the 10 runners entered the weekend as either nationally ranked, Foot Locker returnee or both.

Her squad’s performance definitely was not a surprise to the Northeast’s top placer.

“Going in, I thought the Northeast is pretty stacked,” Barrett said. “The kids across the country are great, too, but we might have a chance to win as a team. That was like the cherry on top.” 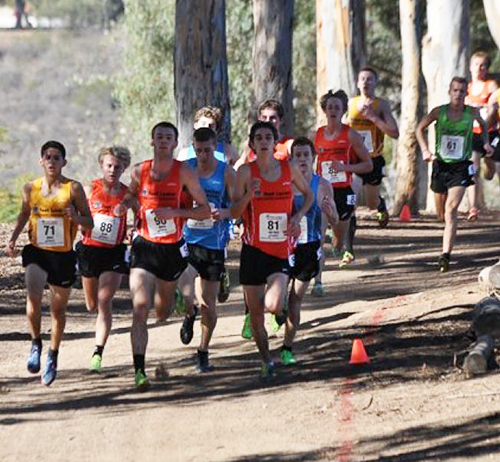 As strong as the Northeast girls were, the West boys amazingly were a couple of points better. The orange-clad squad put six runners in the top 10 to finish with 23 points for a very comfortable margin over the Northeast’s 56, Midwest’s 64 and South’s 98.

Conner Mantz – the West’s fifth of eight All-Americans – noted that their regional race just one week ago at Mt. San Antonio College outside Los Angeles almost guaranteed a close bond between the boys wearing the orange uniforms.

“We all looked around (and said) ‘We’ll see you next week,” said Mantz, who is from Smithfield, Utah. “We’re going to have a great team. We’re going to do so well.

“We really got really close. I think we were the closest team. We were good friends. If I wanted anybody to beat me (or) anyone to win it, I want it to be a West guy if not me.”

Despite his desire to have his regional teammates perform well, the junior was surprised to see the wave of orange ahead of him with less than a mile remaining.

“Two and a quarter miles into it, I looked up and I was the sixth orange guy,” Mantz noted. “I was like, ‘Man, I’m not even helping out my team as much.’ I’m in 10th and there are five orange guys ahead of me.”