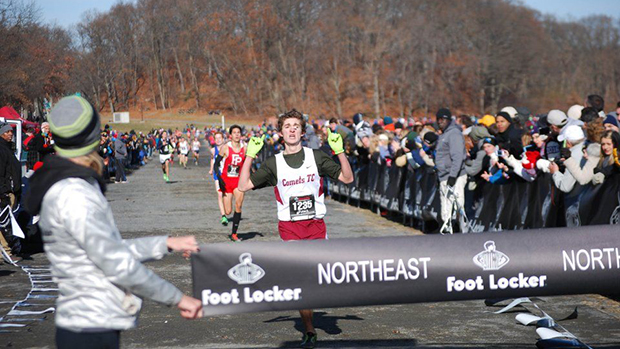 On Saturday at Van Cortlandt Park, 10th was as good as first for those in the championship races of the Foot Locker Northeast Regional, with trips to the National Final in San Diego awaiting those finishers.

Well, apparently for all in the field of 171 except for Mickey Burke, that is.

The senior from Henrietta, N.Y., had a singular purpose in mind when he stepped to the starting line in the Bronx – win. And Burke was not to be denied, equaling the eighth-fastest time in the 35-year history of the event with his clocking of 15 minutes, 18.8 seconds. 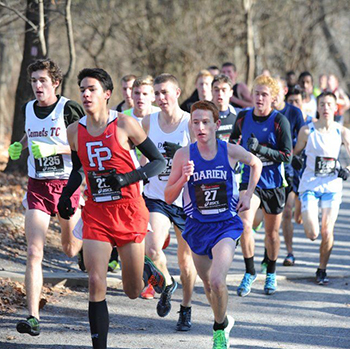 “Since I haven’t raced against these guys, I knew I could just go out and race my own race,” Burke said. “If I was going to do that, I knew I could be one of the strongest guys in the field. I came in not thinking just to qualify but to win it.”

Entering the annual event ranked 24th in the Saucony Elite 50, Burke was in control by the time the field reached the lengthy finishing straight, powering to the victory over returning Finalist Christian Alvarado of Fairfield, Conn. A senior, Alvarado moved up from the No. 8 spot in 2012 to claim the runner-up position in 15:21.5, while junior Alexander Ostberg of Darien, Conn., was third in 15:22.5 and the only non-senior in the top 12. 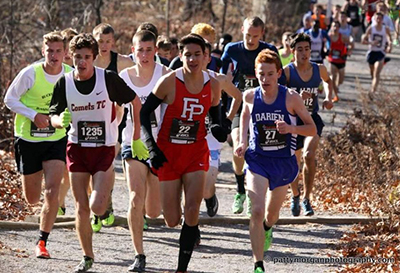 “I didn’t make the decision to come here until a couple weeks ago,” Burke said. “When I did, I knew the history behind (the race).”

The race’s opening segment featuring long straights and hard left turns did little to shake up the field. As the leaders approached the bridge over the Henry Hudson Parkway, the front pack included Alvarado, Burke, Ostberg, Josef Holt-Andrews of Bethel, Maine, and Ross Wilson of Wycombe, Pa. 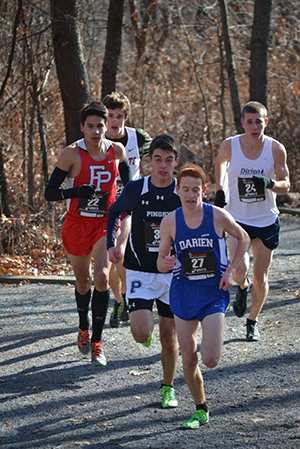 As the field worked its way through the Back Hills, Liam Mullett of Madison, N.J., pushed up to the lead quintet, with Louis Corgliano of Hammonton, N.J., now a few strides behind.

“A good runner can race on any course,” the winner said of how his strengths matched with the historic layout. “It’s a true cross country course.  It rolls, and it’s just how it goes.”

Seniors dominated the results, with just three juniors in the top 20 breaking up an all 12th-grader order of finish. Mullett was fourth in 15:29.1, while fellow senior Holt-Andrews was next in 15:36.8.

Daniel Curts of Ellsworth, Maine, was the next to finish in 15:38.7 and was part of an impressive showing by runners from the Pine Tree State, with three total qualifiers to San Diego. 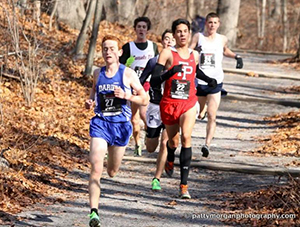 “We’ve got a strong history of individuals, but I don’t think we’ve ever had this many go,” said Curts, whose assistant coach is Louis Luchini, a second-place finisher in the Foot Locker National Final in 1998 and a two-time qualifier. “Over the last couple years, I’ve been able to see all of the talent in the state grow. We’ve been doing well lately. I think this shows we ran pretty strong today.”

Charging the hardest on the toughest parts of the course was Scott Meehan, who crossed the bridge for the first time in about 30th place. It didn’t take the Sparta, N.J., senior long to move up to 13th and then into the top 10, finishing seventh in 15:39 after dueling to the finish with Curts.

The final qualifiers came from a group of four pushing toward the Foot Locker banner. Tai Dinger of Washington, D.C., was credited with eighth in 15:40.4, while Louis Corgliano of Hammonton, N.J., was ninth in 15:40.7. 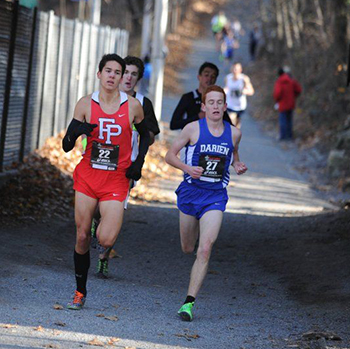 Picking up the 10th and final ticket to San Diego was Pennsylvania’s Wilson. The senior covered the 5K in 15:41, a time that would have been third a year ago and was three-tenths of a second ahead of Chase Weaverling of Darnestown, Md., on the cold but sunny day.

“It’s very easy to know where you are,” Wilson said of the counting of heads that many did during the championship races. “Pretty much from 800 meters in, you are counting heads. Even though it’s only 800 in, you’re always checking to make sure you are not too far off. You’re not ahead of where you want to be breathing wise.

“You can be sure with 400 meters to go, I was counting in my head. But then there became a point where I wasn’t even thinking, I was just running as fast as I could. Tenth is better than 11th, I can tell you that.”