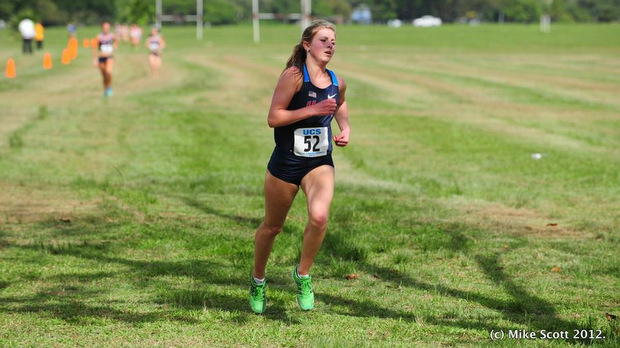 Osika led a USA sweep of the top-4 places in the Women's 4k Junior race. 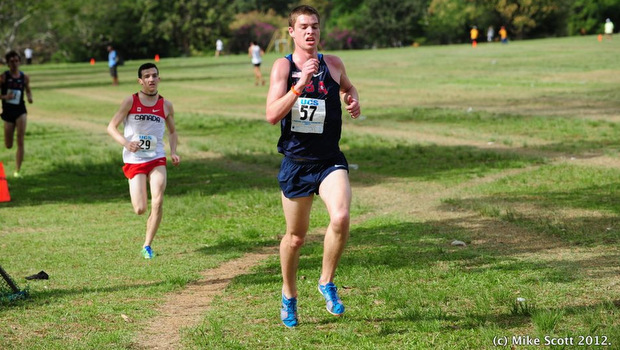 Lowry powers toward the finish in the Men's 6k Junior race.

Team USA’s sweep of the team titles of this event marks the first time a country has swept all the team titles since the inaugural year in 2005 when Team USA first accomplished this feat.

Team USA’s Junior Women went out conservatively with the field for the first of two laps of the grassy 2km loop course before University of Wisconsin freshman Gabi Anzalone took the lead and began to string out the field.  Only her Big Ten rival Shannon Osika, a freshman at Michigan and the 2012 USA Junior Cross Country Champion, stayed close.  Osika reeled in Anzalone over a long gradual downhill in the final 500-meters, then kicked away to win in 13:41, seven seconds ahead of Anzalone in 13:48.

“It came down to just Gabi and I, she was really helping me, pulling me through,” said Osika, a mile finalist at last weekend’s NCAA Indoor Championships. “I felt like I could go faster at the end, I ended up passing Gabi and I kicked it in.”

Osika and Anzalone were joined at the front by teammates Macy Bricks, a freshman at Arizona State, who finished third in 14:00, and Margaret Drazba, a prep standout from West Virginia, who claimed fourth in 14:12.  The foursome perfect-scored the field with a miserly 10-points, which left them well ahead of silver medalist Team Canada’s 39 pts and bronze medalist Mexico’s 48 pts.

Team USA’s Junior Men followed similar conservative tactics given the warm, steamy conditions and were content to run with the pack  -- ignoring early breakaways by athletes from Jamaca and Costa Rico -- through most of two circuits of the three loop course before they began to assert themselves.  USA Junior Cross Country Champion Jace Lowry, a freshman at Syracuse University, surged away from the field over the final six hundred meters to win in 18:51.

Team USA’s Senior Women started amongst a very small field of only 12 athletes.  The front pack quickly slimmed down to Team USA’s Liz Costello, Laura Thweatt, Jamie Cheever, and Hilary Orf, as well as Trinidad & Tobago’s Tonya Nero (who competes for Wichita State University in Kansas).  During the final kilometer, Costello forced the pace at the front with Nero and Thweat attempting to keep contact.  Costello was able to open up a small gap on the long, gradual downhill in the final 500-meters and maintain it to win in 20:27.

“Just after we heard the bell signifying the final lap, the Trindad athlete began to pick up the pace.  We were able to respond and win,” said Costello, a Princeton Engineering graduate who finished her NCAA career as a graduate student at Tennessee.

In the final race of the day, the Team USA Senior Men were content to keep a moderate early pace before beginning to apply pressure and string out the field over the final two laps of the four-circuit course.  USA’s Christopher Landry found himself battling Canada’s Cam Levins, the 2011 NACAC Silver Medalist who competes for Southern Utah, over the final 400-meters.  Levins sprinted hard for the win in the final meters, running 24:05 to Landry’s 24:11.

“I took the lead and went out front and the race strung out for good and Cam outkicked me,” said Landry.