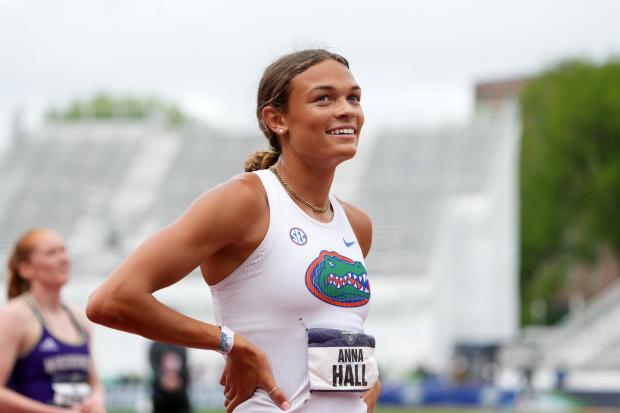 Hall currently sits near the top of the world rankings in the heptathlon, but her success in the grueling multis began in high school.

Only Kendell Williams had ever posted a point total exceeding 4,000 in the indoor pentathlon, and no one had touched her pentathlon and outdoor heptathlon records since she set them in 2012 and 2013.

Then Hall came along. In 2019, she smashed Williams' pentathlon best with a 4,302-point performance at the USATF Indoor Track and Field Championships. Five months later before the start of her collegiate career, she tallied 5,829 points to set the heptathlon national record.

Hall showed extreme versatility across all events, and even put her among the country's best on an individual event basis, particularly in the high jump. Now with those skills in her arsenal as a collegian, the University of Florida star owns both a NCAA outdoor heptathlon and indoor to her name.